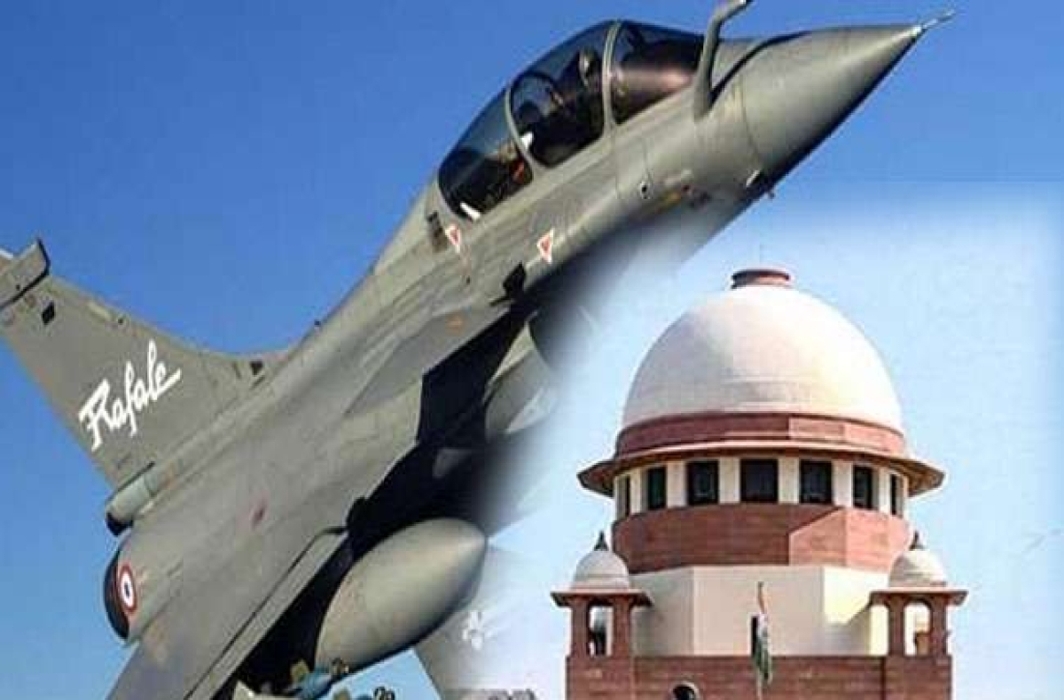 The Supreme Court today (Thursday, Feb 21) said it would hear the pleas seeking review of its December 14 verdict dismissing the need for an investigation into the Rafale deal, but did not give a date.

Former Union ministers Yashwant Sinha and Arun Shourie had earlier moved the apex court, seeking review of its December 14 judgment on the Rafale fighter jet deal, alleging that the court relied upon “incorrect claims” made by the Centre.

They had sought an urgent hearing in the review petitions and a petition seeking perjury proceedings against government officials who have “misled” the court about facts in the 36 Rafale jets’ deal through unsigned confidential notes.

On December 14 last year, a bench of CJI Gogoi, Justices SK Kaul and KM Joseph had dismissed a clutch of PILs, including the one filed by former Union ministers Yashwant Sinha and Arun Shourie, saying there was “no occasion to really doubt the process” of decision making, pricing and selection of offset partners in the deal for procurement of 36 Rafale jets from France.

Declining to interfere in the Rafale deal, the bench had said the perception of individuals cannot be the basis for a roving enquiry in matters of sensitive nature.

One of the issues raised by the petitioners was the choice of Reliance Aerostructure Ltd as an offset partner by Dassault Aviation Ltd, which manufactures the Rafale. They alleged that the deal was tweaked to favour the Anil Ambani-owned company.

After the apex court’s verdict on Rafale, a controversy erupted over a paragraph in its 29-page ruling. On Page 21, in Para 25 of the judgment, the bench stated that the pricing details of the Rafale was shared with the CAG which, in turn, shared its report with the Public Accounts Committee (PAC).

But Mallikarjun Kharge, who chairs the PAC, says no such report has come to him yet and “neither does the CAG know about it”

A day after the Rafale judgment, the Centre had moved an application in the Supreme Court for carrying out a correction in the paragraph. The Centre pointed out that “misinterpretation” of its note has “resulted in a controversy in the public domain”. In the application, the Centre said the two sentences in paragraph 25 of the judgment appeared to have been based on the note submitted by it along with the pricing details in a sealed cover, but indicated the words used by the court lent a different meaning.

Clarifying its position, the Centre said it did not say that the CAG report was examined by PAC or a redacted portion was placed before Parliament.

In the application, the government claimed the apex court judgment erred in English grammar to “misinterpret” information submitted to it in a sealed cover note about the pricing of the 36 Rafale jets’ deal.

Petitions alleging that the apex court judgment is riddled with flaws and urging to SC to recall its verdict were filed in January and lie there waiting to be heard. The petitions want the apex court to re-consider its “erroneous” judgment, which relies on a “non-existent” CAG report to uphold the Rafale deal.

The petitioners contend the judgment based on a hypothetical CAG report was not merely a “clerical or arithmetical slip” but a substantial error. They want a “recall” of the verdict. The petitioners said the CAG was an independent constitutional body accountable only to the Parliament. The Centre’s claim that the CAG’s final report on Rafale would be in a redacted form was simply untrue. In fact, the government cannot dictate to the CAG what should or should not be redacted.

The petitioners also questioned the judgment’s dismissal of lack of sovereign guarantee from the French government’s side as a “minor deviation”.

Recently, the Chief Justice had revealed in court that the Centre’s application to modify the Rafale judgment and separate review pleas by petitioners to re-consider the December 14 verdict of the apex court were lying dormant in the court registry, waiting for lawyers to correct defects in the documents filed.

The CJI made it clear that the delay in listing the case was not the court’s doing but that of the lawyers concerned.

It has been over a month since the pleas have been filed in the apex court. There is no word about the government application filed on December 15, 2018 for a correction in the Rafale judgment, noted a report in The Hindu.

The silence that shrouds the application belies the urgency with which the Centre had returned to the apex court on December 15 — the very next day of the pronouncement of the judgment, The Hindu report said. The Centre has so far not made any oral mention before the court for an early hearing of its application.

The former Union Ministers had moved the apex court Monday seeking initiation of perjury proceedings against central government officials for allegedly giving “false or misleading” information in a sealed cover in the high-profile Rafale case.

The prosecution of the officials has been sought under IPC sections 193 and 195 dealing with the offences of giving false evidence, contempt of lawful authority of public servants and giving false documents in evidence.

“The untruths and suppression of information in the notes’ constitute perjury and also contempt as the notes’ were submitted pursuant to the orders of the court,” the plea read.

It also said that the note on pricing was not shared with the petitioners.

“From the notes on the ‘decision making process’ and ‘offsets’, and Judgement of the court based on notes’ submitted by the government, more than one untruth and suppressions are apparent,” it said.

The suppression of information by the government deprived the court of complete facts and it led to dismissal of the PILs, the plea said, adding that the errant officials who misled the court be identified and suitably dealt with.

Referring to the CAG’s audit of the deal, the plea said: “There was no CAG report at the time. The government misled the court into relying on non-existent fact/report as basis of its observation on pricing in the judgement.

“Instead of admitting that it misled the court, by way of an application for ‘correction’, government imputes that Justices …have misinterpreted tenses in English grammar in like manner individually and severally.”

The government’s act of stating “untruth” to the court in a sealed cover on ‘pricing’ and its subsequent “scandalous” plea for modification have lowered the “sanctity of judicial proceedings”, it said.

The plea also referred to recent media reports and alleged suppression of “unauthorised parallel negotiations” by the by the PMO and bypassing of the Ministry of Defence and the Indian Negotiating Team.