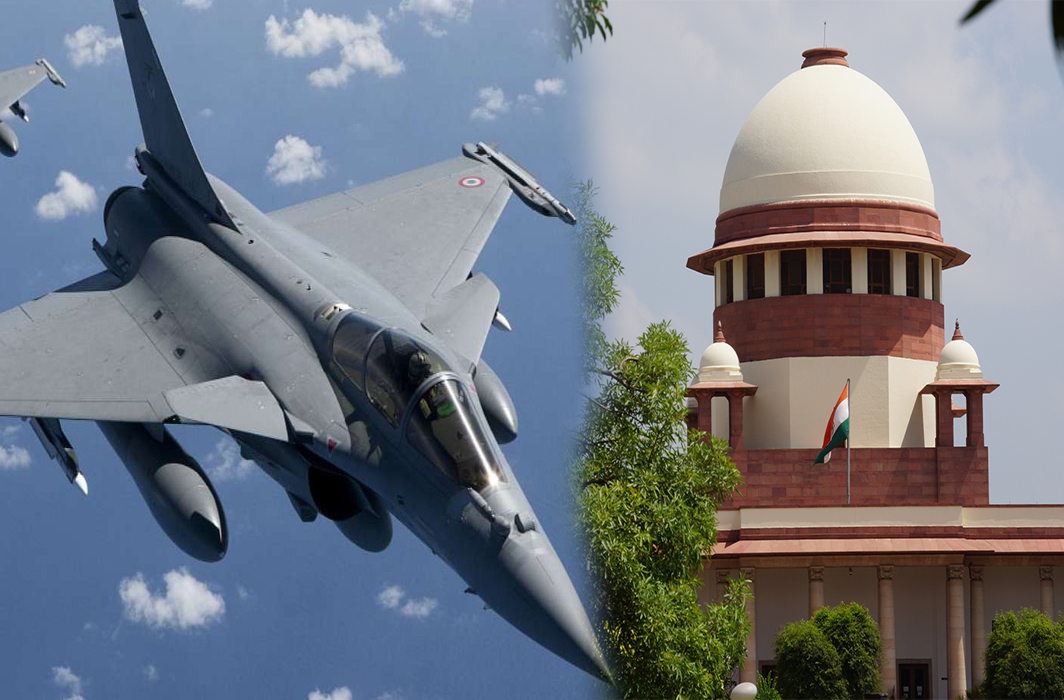 The Supreme Court today (Monday, May 6) adjourned to May 10 the hearing of petitions seeking review of its December 14, 2018 verdict giving clean chit to Narendra Modi government.

The postponement of the hearing scheduled today came after the Court learnt that the hearing in the contempt case against Congress chief Rahul Gandhi – forattributing the ‘chowkidar chorhai’ remark to the top court – hadbeen segregated and posted for that date although the court had said both here to be heard together.

Chief Justice of India Ranjan Gogoi said on Monday that he was perplexed that the two matters were not listed together and carry different dates while they were ordered to be heard together.

The matter will be heard on the day before the top court’s summer recess.

The top court had on April 10 dismissed objections over the admissibility of leaked documents petitioners had cited for seeking a review of its judgement from December last year rejecting a plea for a court-monitored probe into the purchase of the 36 fighter jets.

Petitioners had challenged the verdict upholding India’s deal with France after two media houses — The Hindu and ANI — published ‘leaked’ documents related to the deal for 36 fighter aircraft.

The review petitions have been filed by former Union ministers Yashwant Sinha and Arun Shourie in the Rafale case claiming the December 18 verdict in the case contained errors and relied on the government’s incorrect claims in an unsigned note given in a sealed cover.AamAadmi Party leader Sanjay Singh and lawyer Vineet Dhanda, too, have filed two more review petitions.

The Narendra Modi government had vehemently opposed the inclusion of these documents, saying they are “incomplete internal file notings procured unauthorisedly and illegally”, and that “the petitioners are attempting to bring out internal processing of this Government to Government procurement and trying to present a selective and incomplete picture of the same”.

Also Read: Cong says EC clean chits to Modi, Shah do not state reasons; SC asks it to place them on record

In its affidavit filed last Saturday, the Centre said any review in the case would tantamount to questioning the government’s sovereign decision-related to national security and defence.

The government said the claims made in the review petitions are “scandalous, false, baseless and bereft of any particular material”. The affidavit said the ruling had no apparent “error warranting its review”.

It said the Prime Minister’s Office monitoring the progress of the deal for 36 Rafale jets could not be “construed as interference or parallel negotiations”.

The Centre said media reports cannot form the basis for seeking review of the judgement since it is well settled law that courts do not take decision on the basis of media reports.

Referring to the April 10 order of the apex court, by which the Centre’s preliminary objection to placing reliance on leaked documents was rejected by the top court, the Centre’s reply said the order “would imply that any document marked secret obtained by whatever means and placed in public domain can be used without attracting any penal action”.

The contempt case against Rahul Gandhi has been filed by the Bharatiya Janata Party’s (BJP’s) Meenakshi Lekhi for incorrectly attributing the slogan to the preliminary verdict of the top court on admissibility of documents in the Rafale case. Lekhi had asked the court to initiate criminal contempt action against Gandhi for twisting the top court’s April 10 judgment to claim that the court declared Prime Minister Narendra Modi guilty of corrupt practices in purchase of the Rafale aircraft.

Gandhi had apologised for misquoting the Supreme Court at the previous hearing. The court, however, had asked him to give a written apology and was not convinced by Gandhi’s earlier affidavit.

The three-judge SC Bench, also comprising Justice KM Joseph and SK Kaul, insisted that the hearing of both cases – review petition and contempt case – willbe held together and adjourned the matter. May 10 is the last day before the Supreme Court breaks for summer recess.

During the brief hearing, advocate Prashant Bhushan told the bench that he would argue the review pleas as well as an application seeking production of certain documents.

He said the court should allow his co-petitioner and former Union minister Arun Shourie to argue a separate application seeking perjury action against unknown government servants for allegedly misleading the court during the Rafale case hearing earlier.