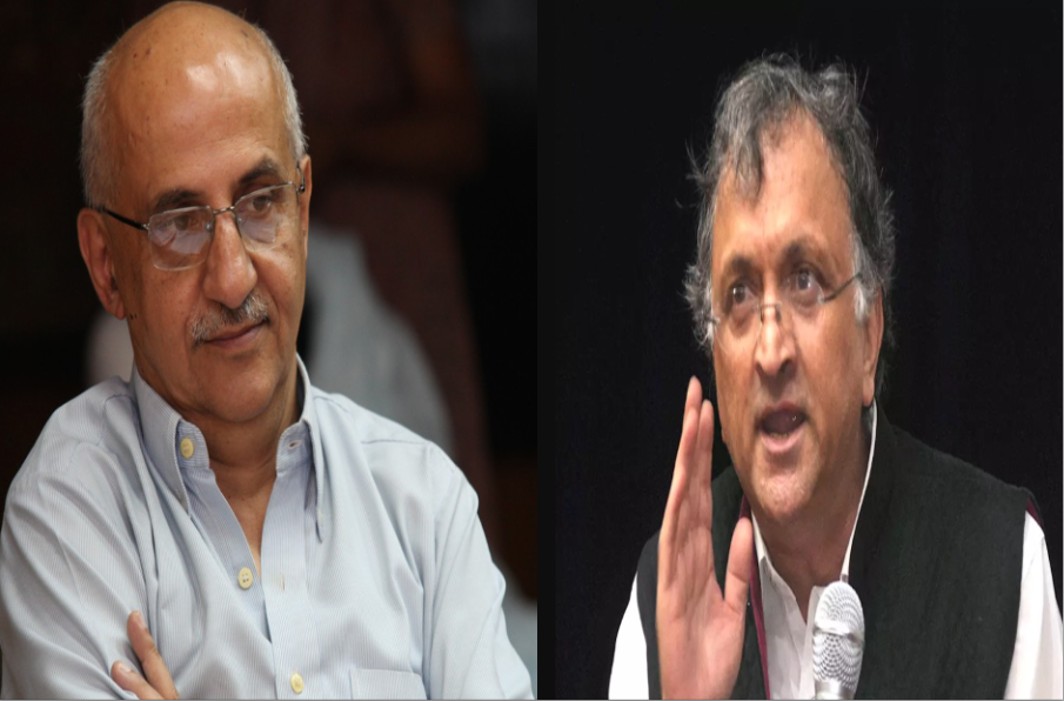 It does not surprise me that the continuing debate on the Op-Ed page of the Indian Express on the Muslim predicament skirts fundamental issues. The debate has been triggered by Ramchandra Guha disagreeing with Harsh Mander on the Muslim question.

Mander’s column, headlined “Sonia, Sadly”, expresses his hurt at Sonia Gandhi’s public expression of fear that the Congress was being perceived as a “Muslim Party”.

In the very first paragraph of his column, Guha plucks out a quote from Mander. “A Dalit leader tells Muslims who come to political meetings: By all means come in large number to our rallies. But don’t come with your skull caps and burkas.”

“Mander is dismayed at this gratuitous attempt to get Muslims to voluntarily withdraw from politics.”  But Guha disagrees with Mander’s interpretation of what the Dalit leader said. Guha is emphatic: “while the words may be harsh and direct, the spirit of the advice was forward looking”, i.e. don’t come in skull caps and burkas.

This, I suspect, is the crux of the matter. Guha is endorsing the new line enunciated by the Congress Party: Keep Muslims at arm’s length just in case the BJP spin doctors pick up this visual to polarize. Rahul Gandhi’s frenetic temple hopping, janeu et al, is in pursuit of this soft saffron.

Apoorvanand, Harbans Mukhia, Mukul Keshavan, Mani Shankar Aiyar, Suhas Palshikar, Irena Akbar, Khalid Ansari, Jawed Naqvi, why, even Mander himself, have all written sensitively, even knowledgably on the subject. But Guha is a class apart: Muslims must give up skull caps and, to balance matters, Hindus their trishuls. His desire to equalize permeates the article. Praveen Togadia and Yogi Adityanath are bad but Guha will have his little orgasm only if Asaduddin Owaisi and Ali Shah Geelani are mentioned in the same breath. Togadia wants Muslims to leave the country. “Occupy their homes” he once famously said in Gujarat. Without batting an eyelid, Yogi heard his cohorts ask for buried Muslim women to be dug out from their graves and raped. Show me a comparable quote from Owaisi or Geelani.

(Look at the illogical system of the ceremony of sacrifice.

He who slaughters claims the reward for paradise.)

The tragedy is that Guha belongs to the category of people who, because of their celebrity status, imagine that eminence in one field qualifies them to claim proficiency in all the others. His inadequacy on the theme he has rushed into unprepared, derives from a common malaise: he is a creature of uninstitutionalized apartheid which means separate development.

It would be interesting to know if Guha has ever visited Muslim homes or the other way around when he was a child. Did he know Muslims in school or college whose friendship he still values? Even if he is able to blurt out a name or two the undeniable truth will be that he has grown up only with his ilk. He has no experience of Muslims. He is not alone in this category.

A sharp contrast attends my circumstance. I, along with my three brothers grew up only among Hindus. Apartheid therefore didn’t touch us. Since our informal education was continuous since birth, we knew fairly early that Al-Biruni wrote Tarikh al Hind after his extended stay beginning 1017. Moinuddin Chishti, Shahbaz Qalandar and a host of Sufis and Saint poets like Kabir from the 12th to 14th centuries were spreading Vasudhaiva Kutumbakam, paving the way for Abdul Rahim Khan-I-Khana who ended up writing the only Sanskrit verses in praise of Lord Rama. In his brilliant Persian poetry in the 17th century, Chandrabhan Brahman felt secure enough to taunt and tease the Muslim clergy.

Yagana Changezi, a 20th century poet, questions a basic tenet: why must namaz be said in a foreign language? If all of this sounds like nostalgia, let me invite you to Lucknow for an evening of spiritual poetry on Ahl al-Bayt or the Prophet’s family. The poet, Sanjaya Mishra, was a favourite with my mother who died three years ago. She had special vegetarian meals prepared for him.

I have shed light on the tiniest strand in the vast expanse of Muslim liberal traditions. Since the 16th century these have been bound up inextricably with the waxing and waning of Urdu in which Hindus and Muslims equally participated. The first great writer of Urdu prose was Pandit Ratan Nath Sarshar.

How many liberals know that  there is not a single couplet in Urdu which praises the Mullah or endorses orthodoxy of any kind.

Did you know that most of the poetry on Krishna, Rama in the last century has been written by Muslims? I will only confuse the issue if I bring in Kazi Nazrul Islam, Salbeg, Bekal Utsahi or Nida Fazli.

It puzzles me why liberal intellectuals sometimes fall prey to a tendency that the politician has cultivated as a calculated habit: consider the Muslim only as a religious category. Why must Muslim achievements in poetry, music, architecture, systems of governance not be celebrated? Such an exercise would surely cast them in a liberal mould. Guha might then heave a sigh of relief.

A false quest for a liberal Muslim leader almost flows from the above approach. A liberal Muslim leader, I never tire of repeating, is a contradiction in terms. That is an illiberal quest. Are we never going to find a Hindu whom Muslims can trust and the other way around? That must be the only possible way ahead.