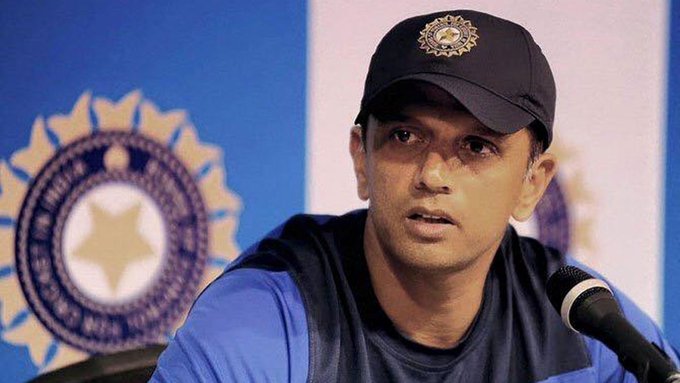 Former Indian captain Rahul Dravid is set to take over as head coach of the Indian Cricket Team after T20 World Cup 2021. Dravid will be replacing Ravi Shastri, who is the current head coach of Indian team. Dravid has been signed for a two-year contract by the Board of Control for Cricket in India (BCCI), he will earn a whopping Rs 10 crore for his duties. This makes him one of the highest-paid Indian coaches.

As per reports, the decision was taken during the final of Indian Premier League (IPL) 2021 played between Chennai Super Kings (CSK) and Kolkata Knight Riders (KKR) in Dubai on October 15. Dravid is currently serving as the chief of the National Cricket Academy (NCA), he will soon resign from the position to join the Indian team after T20 World Cup.

Earlier this year, Dravid took over as interim coach of the Shikhar Dhawan-led team on the Sri Lanka tour when the senior team were playing in England. Apart from this, Dravid has coached India-A, India U-19 and IPL franchise Rajasthan Royals and has given many gems to the Indian team such as Rishabh Pant, Shubman Gill, Prithvi Shaw, Hanuma Vihari, Ishan Kishan and many more.

Along with Dravid, his close aid, Paras Mhambrey will also join as bowling coach, replacing current bowling coach Bharat Arun, While Vikram Rathore will continue as the batting coach of Indian side.

Read Also: IPL 2021 Final: From Orange cap to Purple cap winner, here’s list of all records made in tournament

According to a report, BCCI secretary Jay Shah and BCCI President Souran Ganguly convinced Dravid to coach this Indian side as Dravid has always kept the interest of the Indian cricket on top. BCCI needed a strong candidate to take Indian cricket forward and there is no better person than Rahul Dravid in this field. Dravid will take charge from New Zealand series after the World Cup. The T20 World Cup 2021, hosted by BCCI, gets underway on Sunday in the UAE and Oman. India will kick-off their campaign against arch-rival Pakistan on October 24 in Dubai.

Facebook
Twitter
Pinterest
WhatsApp
Linkedin
ReddIt
Tumblr
Telegram
Mix
Previous articleBJP MP Pragya Thakur, who is out on bail on medical grounds, playing kabaddi video goes viral, says man who shot her video is Ravana
Next articlePardes star Mahima Chaudhry opens about how Bollywood has changed for female actors, says earlier people only wanted a virgin who had not kissed