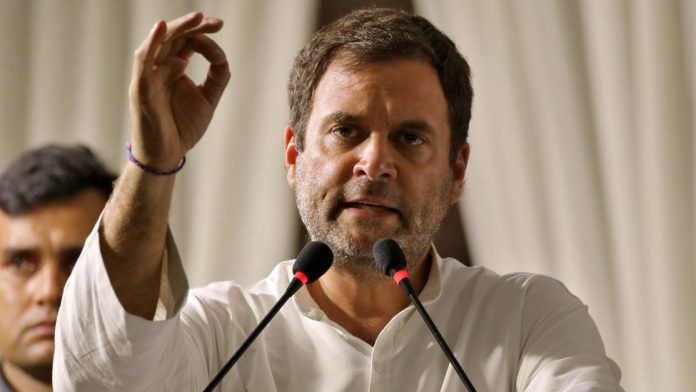 Former Congress President Rahul Gandhi on Tuesday hit out at the BJP President J.P. Nadda saying who is he and why should he answer him. Gandhi was referring to a series of questions Nadda fired at him before his press conference today. The BJP chief had posted a thread on his instagram handle targeting the Congress MP after he attacked the government over a report on China building a village in Arunachal Pradesh on the Indian side of the de facto border.

Nadda said that now that Rahul Gandhi has returned from his monthly vacation, he would like to ask him some questions and hopes Gandhi answers them in his today’s conference, the BJP chief wrote with his questions.

He asked several questions in a series of tweets. He targeted Gandhi on various issues including China, Covid-19 pandemic, farmers protest etc. He said when will Congress stop lying to China and that Pandit Jawaharlal Nehru had gifted thousands of kilometres including one in Arunachal Pradesh to Chinese. He said why does Congress surrender to China?

Nadda accused Gandhi of misleading and provoking farmers. Why did the UPA stall the Swaminathan Commission report for years and did not increase the MSP? Why did farmers remain poor for decades under Congress Governments?, he added. He also questioned Gandhi on APMC saying, wasn’t action against the APMC Act a part of Congress manifesto?

Rahul Gandhi while addressing reporters retorted who is JP Nadda? He said he is not answerable to the BJP Chief. He would rather answer the country.