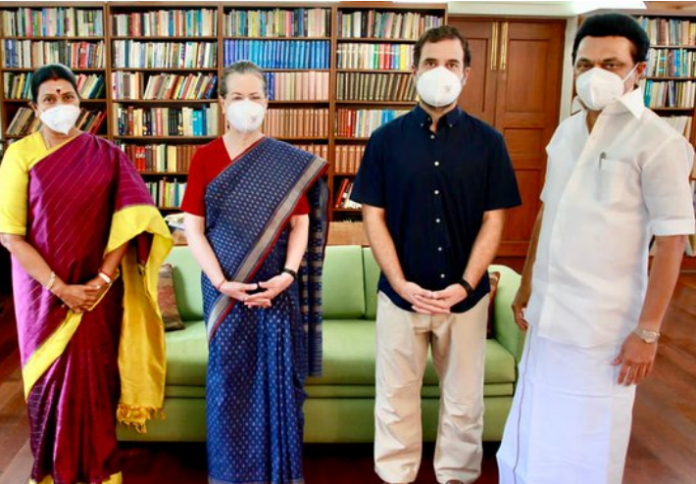 The Congress leader Rahul Gandhi on Friday took a swipe at the Narendra Modi government over the increase in fuel prices in India.

Taking a spin on the government’s slogan “Sabka Sath, Sabka Vikas, he tweeted that the condition of Vikas (development) is such that if there is no increase in fuel price for a single day, that becomes a bigger news. In an another tweet, the Wayanad MP said the rare day that the Central government does not hike fuel prices is the exception which proves the rule that prices are increased every day.

The Congress has been critical of the Centre over the rise in the fuel prices in the last several months.

Prices of petrol and diesel in Delhi stood at Rs 96.93 per litre and Rs 87.69 per litre respectively on Friday.

The latest price revision has made petrol costlier by Rs 6.53 per litre and diesel by Rs 6.96 per litre across the country since May 4. Following which, the petrol prices per litre has crossed Rs 100 while diesel is selling over Rs 90 per litre in several states.

After the revision, petrol crossed the Rs 103 a litre mark for the first time in Mumbai and Rs 100 in Bengaluru even as international oil prices moved downward.

The state-run oil marketing companies – Indian Oil Corporation (IOC), Bharat Petroleum and Hindustan Petroleum – align the rates of domestic fuel with that of the global crude oil prices by taking into account any changes in foreign exchange rates. Any changes in fuel prices are implemented with effect from 6 am every day.

Meanwhile, Union Minister Nitin Gadkari on Wednesday said India is going to increase the production of alternative fuel ethanol as people are facing problems due to a hike in petrol and diesel prices.

The truck operators’ body All India Motor Transport Congress (AIMTC) on Wednesday had announced to stage a nationwide protest against the rising diesel prices on June 28. Last week, the Congress held demonstrations at petrol pumps in Delhi and across the country protesting against the massive hike in fuel prices.

In a first meeting after the DMK-Congress alliance elected to power in the assembly elections in Tamil Nadu, MK Stalin met Sonia Gandhi at her residence on Friday to discuss the new government’s schemes and policies in the state, where the Congress is a junior partner. The Congress leader Rahul Gandhi was also present in meeting.