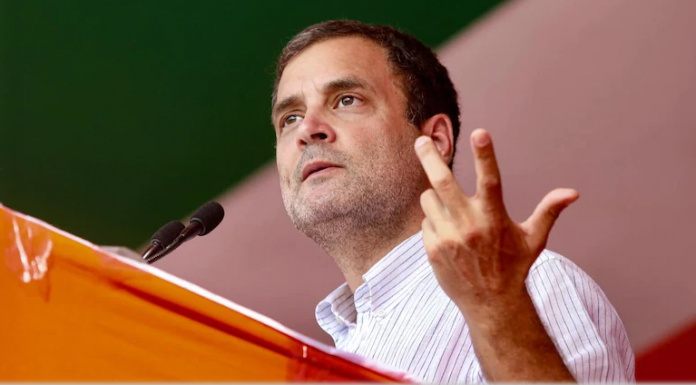 As several media reports have claimed that the Covid death toll in India is being under-reported, Congress leader Rahul Gandhi on Wednesday accused the central government over undercounting of Covid death numbers in the country. Citing a New York Times estimate of Covid deaths in India, Gandhi tweeted that numbers don’t lie, govt does.

In his tweet, Gnadhi said the country’s total Covid death count could be around 6 lakhs in a conservative scenario, 1.6 million in a more likely scenario and 4.2 million in a worse scenario.

Over the last weeks, as thousands of dead bodies flooded the country’s crematoriums, floated down the Ganga and were found buried on the riverbank, foreign and Indian media questioned the official figures, which currently stand at 3.11 lakh.

The Congress has repeatedly accused the Centre of under-reporting death data. Rahul Gandhi had targeted the Central government earlier too over the unclaimed bodies in river Ganga and the queues outside hospitals. He had tweeted that the countless dead bodies flowing in rivers, lines in hospitals up to miles, the right to life security is taken away! PM, take off those pink goggles that lets you see nothing except for Central Vista.

At a press conference earlier this month, senior party leader P Chidambaram and Shaktisinh Gohil had said the 2000-plus bodies buried on the banks of Ganga and the bodies floating down the river had confirmed their suspicions. They had also cited a report in a Gujarati newspaper which claimed a huge mismatch in the death data from the government and from crematoriums and said they had confirmed the figures independently.

India recently breached the mark of three lakh deaths due to coronavirus, becoming the third country to cross the grim landmark after the United States and Brazil. India has been reporting thousands of deaths over the last several weeks, leading to crippling shortages of medical oxygen and hospital beds in several parts of the country. Nearly 1,00,000 Covid deaths have been reported in May alone.

While the Centre that has been under sharp criticism over its handling of the Covid-19 situation attributes the unprecedented rise in cases to the mutant variants of the virus and people’s laxity, experts believe that the recently-held events like the Kumbh Mela and Assembly elections led to the spike in infections.

Prime Minister Narendra Modi recently had an emotional moment while remembering people who lost their lives to Covid-19. Interacting with healthcare professionals and other frontline workers in his Varanasi constituency through a video conference, PM Modi choked with emotions briefly as he noted that the virus has snatched so many of our near ones.