Rahul Gandhi takes a dig at Centre over Doklam pictures 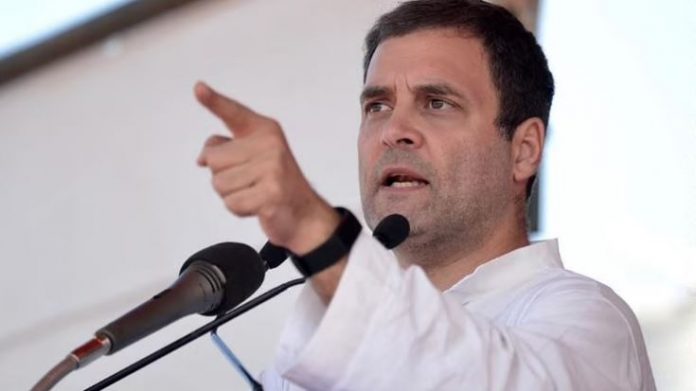 Congress leader Rahul Gandhi has criticized the government yet again on the issue of China, even as senior leaders of the party have been questioning the leadership over the recent performance in the Bihar state election and bypolls elsewhere.

The former Congress President on Monday hit out at the centre over the renewed China threat in Doklam and tweeted that China’s geopolitical strategy cannot be countered by a PR driven media strategy. This simple fact seems to elude the minds of those running GOI.

India and China have been engaged in a border standoff in eastern Ladakh since May. Gandhi has been critical of the government on twitter since then. In his recent tweet, he questioned the centre over worsening conditions with China.

However, Gandhi’s fresh attack comes at a time when one of the key dissenters in the party Ghulam Nabi Azad on Monday commented on the Bihar election debacle. In an interview to news agency ANI, Azad said the elections are not fought from five-star hotels. Thae party cannot win until it changes this culture.The party’s structure has collapsed and it needs to be rebuild, he added.

Azad’s comment came nearly a week after senior leader Kapil Sibal had been critical of the party leadership in an interview to the Indian Express. Sibal had advised the Congress to recognise that the party is in decline. Soon after him, another senior leader P Chidambram had said the Bihar election and bypoll results show that the Congress has no organisational presence on the ground and has weakened considerably.

As the senior party colleagues are coming out to express their views, Gandhi has been relentlessly attacking the government over different issues.

Modi government’s unplanned lockdown pushed millions into poverty, jeopardized the health of citizens, and compromised the future of students due to the digital divide. This is the bitter truth which GOI tries to cover up by its blatant lies, he had tweeted on Sunday.