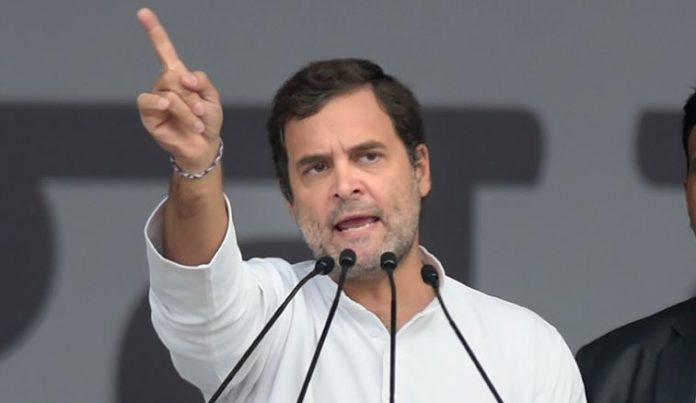 Congress leader Rahul Gandhi on Tuesday condemned former Madhya Pradesh Chief Minister Kamal Nath’s use of the word “item” for Imarti Devi, a BJP candidate for the MP bypolls, and called it unfortunate. Speaking to the media in Kerala on Tuesday, Gandhi said it doesn’t matter if Kamal Nath is from his party or not, but the language he used during the election meeting in Dabra Assembly constituency in Gwalior district is not acceptable. The former Congress president said all women are the pride of India and they should be treated with respect.

Reacting to Rahul Gandhi’s remarks, Kamal Nath later said he has already clarified the context of his remark and he did not mean to insult anyone. Nath said he has already expressed regret over the remark and it was misinterpreted by the opposition. However, on Monday, Nath claimed he used the word as he had forgotten the BJP candidate’s name.

Rahul Gandhi’s remark came a day after Union Minister Smriti Irani questioned the Gandhi family’s silence on the matter. Irani said the Gandhi family will not action against Nath for his derogatory comment at a woman BJP candidate, adding that people like Nath keep the fire burning in the Congress family’s kitchen.

A controversy erupted at a poll meeting in Gwalior’s Dabra district on Sunday where Nath considered Congress candidate Suresh Raje as a “simple man” and described BJP candidate Imarti Devi as an item.

Yesterday, Madhya Pradesh Chief Minister Shivraj Singh Chouhan wrote to Congress chief Sonia Gandhi about the issue, asking Sonia Gandhi to remove Nath from all posts he held in the party. Meanwhile, Imarti Devi also appealed to the Congress chief, asking if she would have condoned the statement had it been made about her daughter.

The Election Commission has sought the detailed report from the chief electoral officer of Madhya Pradesh on Nath’s remark, while the National Commission for Women also sought an explanation from Kamal Nath on the matter.