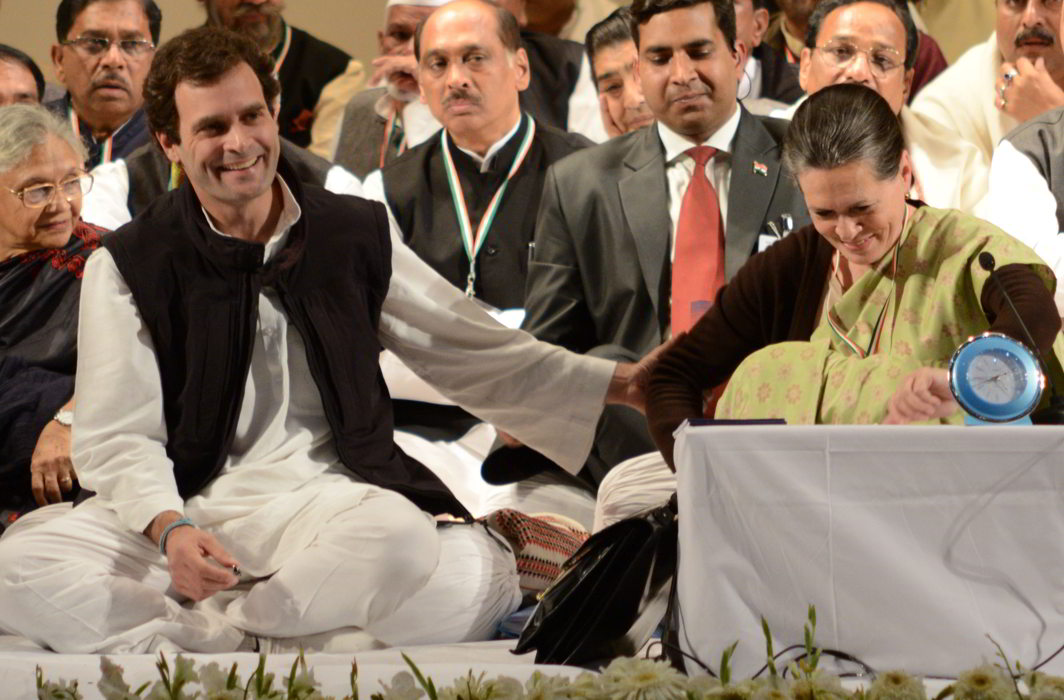 Polling on December 16 but Rahul may be declared chief after scrutiny of nominations on Dec 5 in absence of a challenger, no clarity on role for Sonia Gandhi

After months of dilly-dallying over the timing of the inevitable elevation of Congress vice president Rahul Gandhi to replace his mother Sonia Gandhi as chief of the Grand Old Party, decks were cleared, on Monday, for the heir-apparent to take over the reins of the 131-year-old political party.

On Monday, at a meeting of the extended Congress Working Committee (CWC) – the apex decision making body of the 131-year-old party – that was chaired by Congress president Sonia Gandhi, the party leadership cleared the schedule for the internal elections for the post of Congress president.

Here is the schedule for the election of Congress President, as approved by the Congress Working Committee today. pic.twitter.com/MF43tsZYlY

As several Congress leaders claimed anonymously, the elevation of Rahul as the next Congress president, is a foregone conclusion and as such, the election – scheduled forDecember 16 is only a formality – one that in all certainty might not even take place.

According to the election schedule cleared by the CWC, notification for the election of the Congress president will be issued on December 1, the last date for filing nominations for the polls will be December 4 while scrutiny of the nomination papers and declaration of the list of “valid candidates” will take place on the very next day.

Given the sycophancy that is characteristic of the Congress party, which in late former Prime Minister PV Narsimha Rao’s words functions like “a train where the compartments have to be attached to an engine belonging to the Nehru-Gandhi family”, it is certain that no party leader would challenge Rahul in the election.

Sources in the CWC say that in the absence of a challenger the Nehru-Gandhi scion could be declared elected as the Congress president on December 5 itself. The other possibility is that the party may make the announcement on December 11, which the CWC has declared as the date for publication of the final list of contesting candidates.

However, considering that the party leadership seems to believe that elevating Rahul as Congress president days before the first phase of polling for the Gujarat Assembly (onDecember 9) could give the Grand Old Party’s campaign in the state some added heft, it is likely that the result for this faux election will be declared in December 5 and notDecember 11.

A senior party leader told APNLive that while election rules “make it necessary for declaring  date of polling and date of counting, neither of these dates is likely to come into play as we expect Rahul to be elected to the Congress president’s post unanimously… this can be done immediately after the scrutiny of nomination papers”.

Central office bearers of the party, delegates from different states and union territories, state unit chiefs, party MPs and legislators are expected to cast their votes in the election which would have over 8000 partymen constituting the electoral college.

The election for the Congress president has, since 1998, largely been a formality – one that is carried out only to unanimously endorse Sonia Gandhi as the party chief.

In fact, in the past 70 years the Congress leadership has constantly avoided a full-fledged election for the post of the party president and hoped to elect a leader through “consensus” in order to avoid the impression that the leadership doesn’t enjoy the unquestioned support of all Congressmen and factions that often fight against each other at the state-level.

The exception to this “election by consensus” was last witnessed on November 12, 2000 when party veteran Jitendra Prasada decided to challenge Sonia Gandhi but ended up facing a humiliating defeat. Prasada, a Congress war-horse and six-time MP who hailed from Shahjahanpur in Uttar Pradesh had managed to secure only 94 votes in his favour in the election while Sonia Gandhi – who had then joined active politics less than a year ago – had won 7448 votes of her party delegates. Sonia has, since being nominated party president in 1997 and then elected to the post in 2000, held the office for 199 years, becoming the longest serving president of the 131-year-old party.

The other occasion when the Congress saw an election for the post of party chief was in July 1997 when veteran Sitaram Kesri trounced heavyweights like Sharad Pawar (then a Congress leader) and Rajesh Pilot. Pawar and Pilot had decided to contest the polls against Kesri despite efforts by several Congress leaders to avoid an election.

However, as Congress leaders point out, Rahul’s election is unlikely to see him pitted against any other candidate.

It is not immediately clear as to what role Sonia Gandhi will be offered within the party once her son takes over the mantle of the Congress president. The Congress constitution has no provision for appointing a person as ‘patron’, ‘guiding light’ or ‘mentor’ for the party. Senior Congress leaders say that the CWC could, following Rahul’s elevation, meet to amend the party constitution and carve out a designation that “befitting of Sonia Gandhi”.

Introducing a designation in the party constitution is not a move without precedent in the Congress party. In fact, even the post of Congress vice president – the one that Rahul currently holds – was not part of the original Congress constitution but was added in the late 1980s at the insistence of Rajiv Gandhi to accommodate Arjun Singh. Following Rajiv Gandhi’s assassination in 1991 and Arjun Singh’s return to a ministerial role in the Narsimha Rao government, the post of vice president was left unoccupied till 1997 when Sitaram Kesri revived it to accommodate Jitendra Prasada. Prasada had helped Kesri defeat Pilot and Pawar in the election for the party chief’s post.

Congress leaders say that owing to her poor health, Sonia has already passed on the responsibility of taking most crucial decisions on behalf of the party to her son. While the party leadership would certainly want Sonia to carry on her association with the party’s functioning in some capacity – especially to oversee the transition from her ‘Old Guard’ to Rahul’s ‘New Guard’ – it is expected that an announcement on her new role will take place only after her son’s appointment as party chief is formalised.