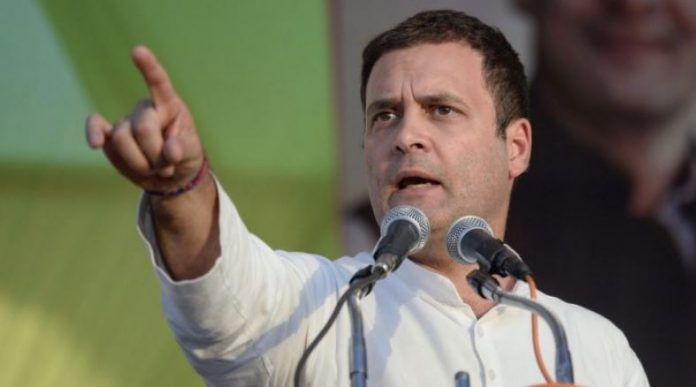 Ahead of Prime Minister Narendra Modi‘s scheduled address to the nation on Tuesday, Congress leader Rahul Gandhi asked the Prime Minister to tell the country as to by when will the Chinese be thrown out of Indian territory.

This is not the first time Gandhi has asked PM Modi to come clean on the quantum of land under Chinese control as India-China relations have plummeted since April this year. A few months ago, the former Congress president challenged the PM to come out and inform the nation about the true state of relations with China.

In one of his tweets soon after the Galwan Valley incident where 20 Indian soldiers were killed, Gandhi asked, “Why is the PM silent? Why is he hiding? Enough is enough. People need to know what has happened. How does China dare to kill our soldiers? How dare they take our land?”

But in Tuesday’s address, PM Modi’s seventh to the nation since March, the prime minister spoke of the need to maintain Covid precautions ahead of the festive season. He urged citizens to wear masks. He said cases were going down but that did not mean Covid-19 is gone. He said many people have stopped taking precautions now. This is not right, he said.

PM Modi said if people behave so carelessly, then it would become hard to control coronavirus. Those people walking out without a mask, they are putting themselves, their family, their children, and their elderly relatives in trouble, Modi said.

The PM has addressed the nation many times during the Covid-19 crisis in which he has spoken about various measures, including lockdowns, being taken to curb the effects of the pandemic and also announced economic and welfare packages. In his last such address on June 30, he had announced an extension of the Pradhan Mantri Garib Kalyan Anna Yojana, a program to provide free ration for over 80 crore people, mostly poor, by five more months till November end.