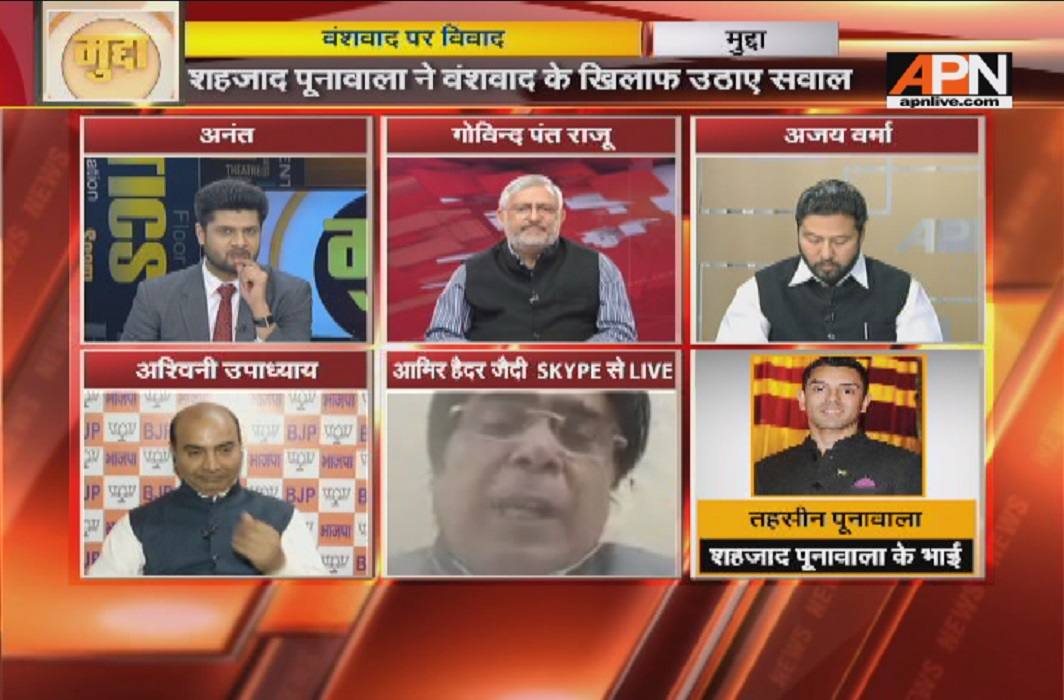 Congress leader Shehzad Poonawalla has alleged that the party’s presidential polls are rigged in favour of Rahul Gandhi. He has also declared that though he had sent a letter to Gandhi in 2011 for a meeting to discuss inner-party dynamics, he has not yet got an appointment with the leader.

Ajay Verma started the debate saying that India is a democracy in which Congress is an eminent political party hence anybody has the right to put forth their views. But later in the show he accused Poonawalla of falsely blaming Rahul Gandhi. He said Poonawalla is not associated with the party anymore.

Tehsin Poonawalla said: “I want to make it clear now that I am not a Congress leader. I just support the Congress. My wife, mother and I are deeply saddened that he took such a stand. We don’t want to be associated with him anymore. If he had any problems with the internal democracy, he should brought it up in the party forum. Why is he doing this before the media? As far as the accusations are concerned he should not make such claims openly like this.”

Ashwini Upadhyay said questions have been raised on the dynastic politics that the Congress has been playing so long. He added: “Congress is just shifting the focus from the real question by announcing that Poonawalla is not the party spokesperson. So what? He is a party member.”

Govind Pant Raju said every person in a democracy has the right to speak out. He told the audience, “If you can’t raise questions within the party then where is the so-called democracy? Observing the way he put forth his grievances and involved the media, I think Poonawalla might have some personal issues with the other party members or with Rahul Gandhi. Now the question is if his claims are true. Why is Rahul Gandhi not meeting him? Why is the party defending Gandhi by saying things like Poonawalla was not the spokesperson in 2011; that is why he didn’t meet him? This can be a publicity stunt but it can also be the truth. We don’t know yet. But if he doesn’t even get to discuss his issues, how can the party claim to be democratic?”

Ameer Haider Zaidi supported Raju’s stand. He said: “This is an internal matter of the Congress. If the letter was leaked after six years, the Congress should have come forward and defended itself,” he said.