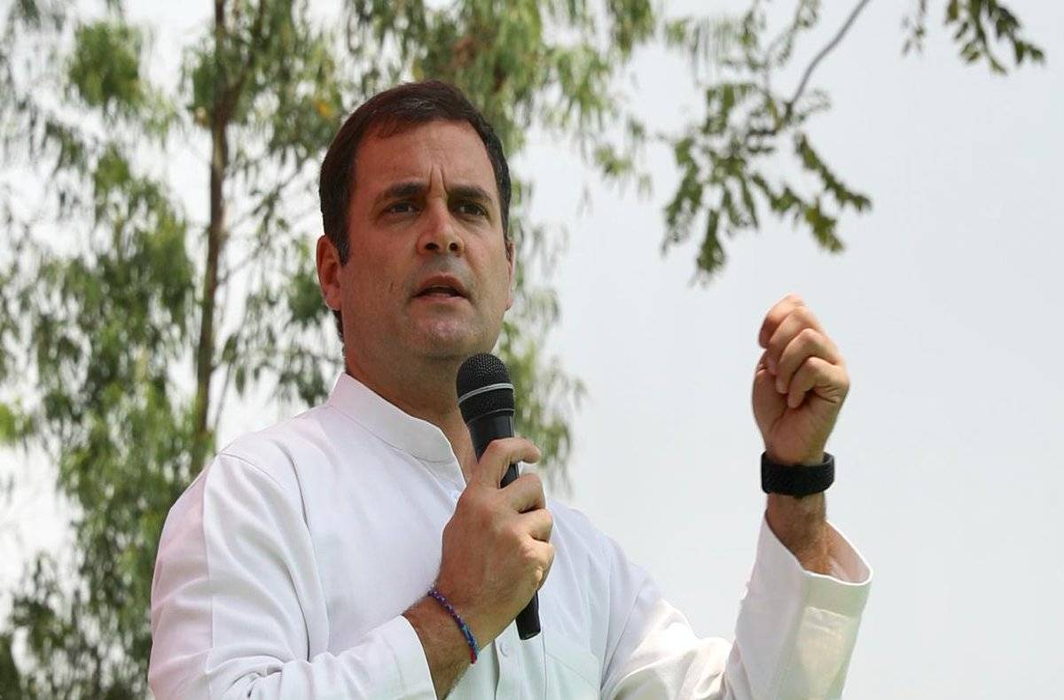 The Supreme Court today (Thursday, May 2) agreed to hear a petition filed by two Delhi residents to direct the Election Commission of India (ECI) to debar Congress president Rahul Gandhi from contesting the Lok Sabha polls.

The Supreme Court Bench headed by Chief Justice of India (CJI) Ranjan Gogoi and also comprising Justices Deepak Gupta and Sanjiv Khanna, was responding to the plea by Delhi residents Jai Bhagwan Goyal and Chander Prakash Tyagi, who said they were “social and public spirited persons” who protected democratic institutions.

The petitioners said that they were dissatisfied with the inaction of the Centre and the poll panel in deciding the question of voluntary acquisition of British citizenship by Gandhi in spite of a November 2015 communication by BJP leader Subramanian Swamy in this regard.

The petitioners — Jai Bhagwan Goyal and C P Tyagi — have alleged that since prima facie evidence in this regard has been produced before the Home Ministry and the EC, Gandhi should not have been allowed to contest the ongoing Lok Sabha elections from Amethi in Utter Pradesh and Wayanad in Kerala and become a Member of Parliament after he had “voluntarily acquired British nationality.”

The plea said it was evident that Gandhi had acquired British nationality, and that this was clear from the incorporation certificate of British company Backops Limited and the returns filed by the company.

The petition wanted a declaration that Gandhi “is not an Indian citizen and he is incompetent to contest as per the provisions of the Constitution read with the Representation of the People Act, 1951.”

The plea, filed by advocate Barun Kumar Sinha, also sought a direction to the EC to remove Gandhi’s name from “electoral roll till the decision of the question of acquisition of his British citizenship”.

The plea was mentioned for urgent listing before a bench headed by Chief Justice Ranjan Gogoi.

The lawyer appearing for the petitioners told the bench, also comprising Justices Deepak Gupta and Sanjiv Khanna, that the matter be heard next week.

“We will see,” the bench said.

The plea follows a notice issued by the Ministry of Home Affairs to Gandhi on the question of his “dual citizenship”.

In a recent letter to Gandhi, the Home Ministry had said it has received a representation from Swamy in which it has been brought out that a company named Backops Limited was registered in the United Kingdom in 2003 with Rahul Gandhi as one of its directors.

The Home Ministry had said Swamy’s letter mentioned that in the British company’s annual returns filed on October 10, 2005 and October 31, 2006, Rahul’s date of birth has been given as June 19, 1970 and had declared his nationality as British.

In 2015, SC had termed ‘frivolous’ a plea on Rahul’s citizenship. On November 30, 2015, the Supreme Court dismissed a public interest litigation (PIL) petition filed by a lawyer seeking a CBI investigation against Gandhi for allegedly declaring himself a British national before company law authorities in the UK. The court found it too “frivolous” and called it an attempt by the lawyer to start a “roving inquiry”.

A Bench of then Chief Justice HL Dattu and Justice (now retired) Amitava Roy berated the lawyer, ML Sharma, saying PIL pleas were not meant to target an individual or an organisation but was a medium to resolve human suffering through good governance.