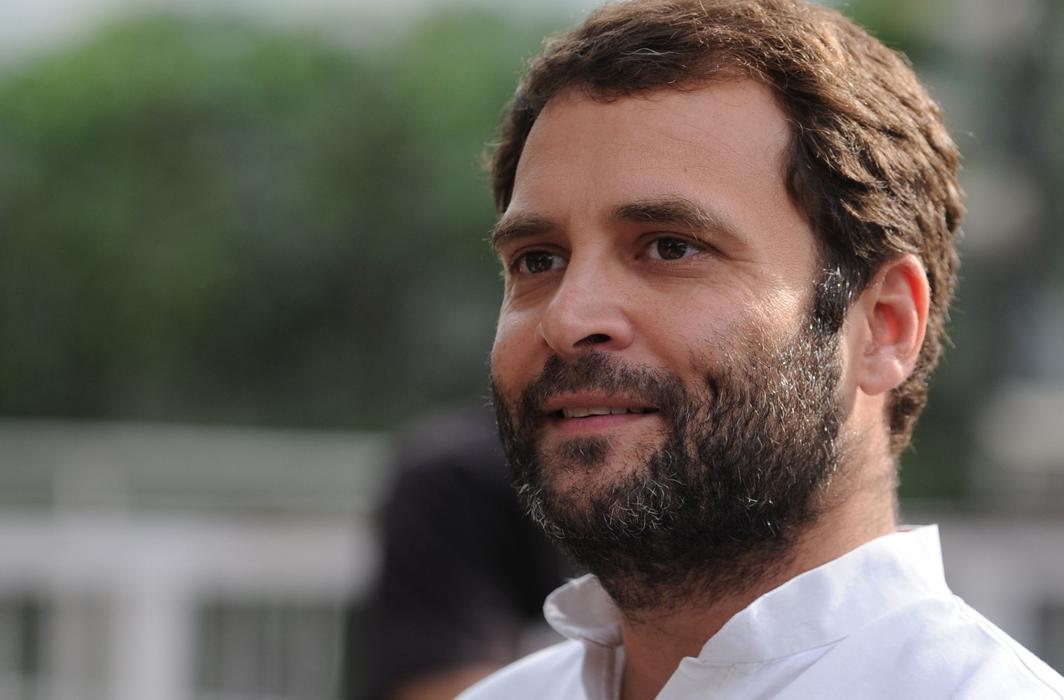 Pepped up by the improved performance of his party in Gujarat assembly polls in which the rival BJP, reduced to double digits for the first time since 1995, got a scare, Congress chief Rahul Gandhi has embarked on a visit to the state just days after the election results. The state appears to have emerged as an area that hold potential for Congress and merits attention.

His focus lately has been the ‘lies’ of Prime Minister Narendra Modi and his party, the BJP. He drove the point home in a sarcastic tweet that left the BJP seething at being made a joke of. “If the BJP were to start a film franchise it would be called ‘Lie Hard’, said the Congress president on Saturday, tweaking the name of popular American action series ‘Die Hard’ in a dig at the ruling party.

A day earlier, he said the BJP foundation was based on an ‘architecture of lies’. He was at the first meeting of the Congress Working Committee after his elevation to the post of party president on Dec 16. Keeping up his attack on BJP when he spoke at the meet, Rahul Gandhi termed the ‘Gujarat model’ a ‘lie’, saying the people of the state say it is a ‘flawed and fake’ model where there is ‘stealing’ of resources which are handed over to a few vested interests.

“The whole architecture of the BJP is about lies, their whole structure is about lies…BJP’s entire foundation is based on lies… If you see the Modi model in Gujarat, it was a lie, clearly. When we went to Gujarat and we spoke to the people of Gujarat, they said there is no model. What is going on is the stealing of resources of the people of Gujarat and that’s their design,” he told reporters after the meeting.

Gandhi alleged that whether it was putting Rs 15 lakh in every bank accounts, the 2G spectrum allocation issue, or the Modi model, ‘one by one the lies are coming out’.

Addressing the CWC, he said the BJP used the 2G issue as the biggest instrument against the UPA government which has turned out to be fake. “So the idea, their model, is to come up with a lie, spread that lie, and just keep repeating that lie until people believe the lie. And the good news that I can see is that people are now beginning to question it. Across the country, they are questioning Mr Modi on the economy, they’re questioning Mr Modi when he insults our ex- prime minister. So that feeling is coming up and there is a positive sentiment towards the Congress party,” he told the CWC

He also questioned the silence of the Prime Minister on the changes made in the Rafale deal to allegedly help a businessman and the charges of financial irregularities of a firm linked to BJP chief Amit Shah’s son Jay.

He termed the Gujarat campaign as unique and ‘a real eye-opener’, where he got to know how the BJP designs campaigns and ‘uses hatred and untruth’ to fight elections.

Gandhi alleged that towards the end of the campaign, the BJP attempted to polarise the election. “At every step, they were trying to polarise. Our party played a very positive role in keeping everybody together. And then we also saw how in their desperation, the Prime Minister himself accused Dr Manmohan Singh of complete blatant falsehood and a lie. And he has had nothing to say about that since then,” he said.

On his 3-day visit to Gujarat, Rahul Gandhi began his tour by paying a visit to Somnath Temple in Gir Somnath district, some 420 km from the state capital Gandhinagar. His earlier visit to the temple during Gujarat poll campaign had kicked up a row when the BJP went to town over the fact that someone had entered Rahul Gandhi’s name in the register meant for non-Hindus.

Rahul is later scheduled to hold a meeting of party leaders and candidates who lost the elections. He will talk to leaders from South Gujarat, North Gujarat, Central Gujarat and the Saurashtra-Kutch region, ascertain the reasons behind the party’s defeat and assess the party’s performance.

Karpoori Thakur, the former chief minister of Bihar, considered to be one of the makers of modern Bihar, still finds mention in...
Read more