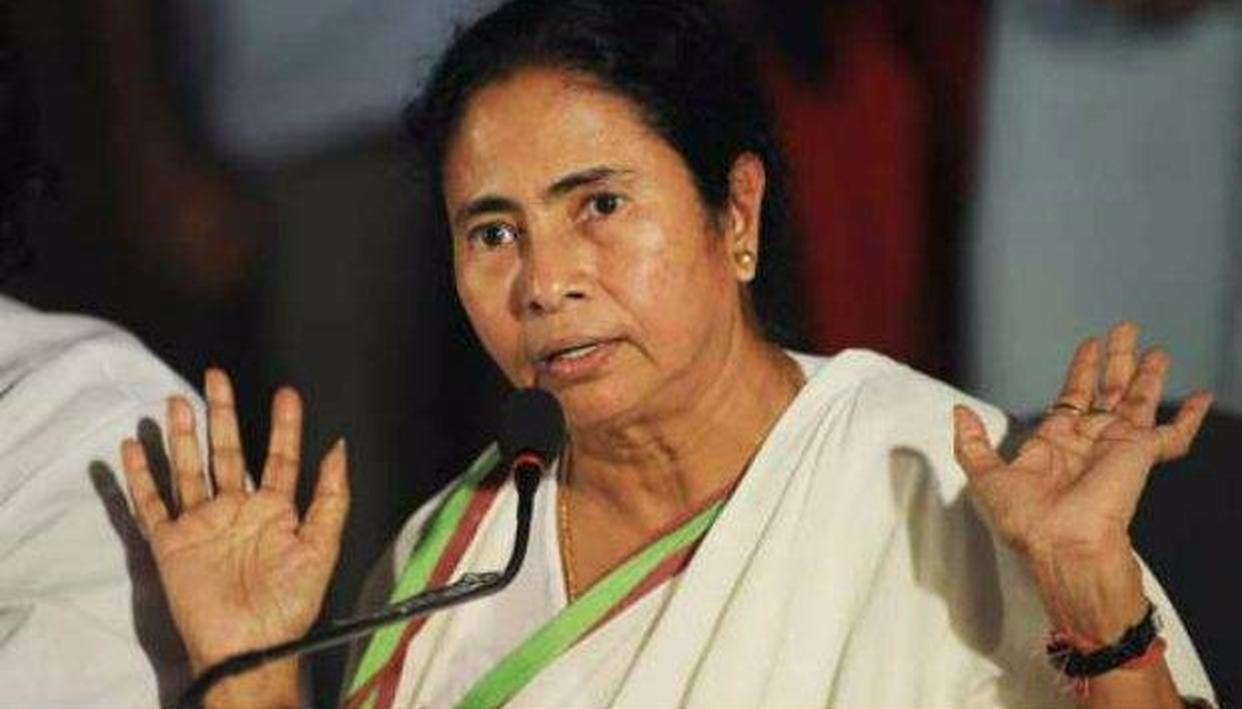 In a series of tweets she posted on Monday, the West Bengal chief minister hit out at the Centre over the GST which she described as the “Great Selfish Tax” and claimed that the reform was implemented “to harass people… to take away jobs”.

With a majority of Opposition parties – including Banerjee’s Trinamool Congress – gearing up to organise protests on November 8 to mark the first anniversary of Prime Minister Narendra Modi’s infamous demonetisation decision, the West Bengal chief minister also slammed note ban, terming it a “disaster… that destroyed the economy”.

Banerjee also urged her followers on Twitter to change their display pictures on the micro-blogging website to a black block as a mark of protest against demonetisation and did the same with her Twitter account.

#Noteban is a disaster. On #Nov8BlackDay to protest against this scam that destroyed the economy, let us also change our Twitter DP to black pic.twitter.com/yrheSPiZE5

Responding to @MamataOfficial to make DP black as a form of protest for DeMo scam. Appeal to all to do the same. Go black #Nov8BlackDay pic.twitter.com/WL1ewHTo4Q

O’Brien, a key aide of Banerjee and Trinamool’s chief spokesperson, also criticised demonetisation as a move that “clobbered the economy” and claimed “100 + lives (sic).”

While the Opposition parties, led by the Congress, will observe the first anniversary of demonetisation – Prime Minister Narendra Modi’s decision that flushed out 86 per cent of cash from the economy by declaring the old Rs 500 and Rs 1000 notes as no longer legal tender – as a ‘black day’, the Centre will mark the day by celebrating it as “anti-black money day”.

“After demonetisation, the nation is changing, becoming more honest and after GST the nation will move forward. The Opposition does not understand one thing that today’s nation wants to become honest, give taxes, digital payment is increasing. Some people have problems as they are happy with black money,” said Union minister Ravi Shankar Prasad while replying to the Opposition’s attack against the government on GST and demonetisation.