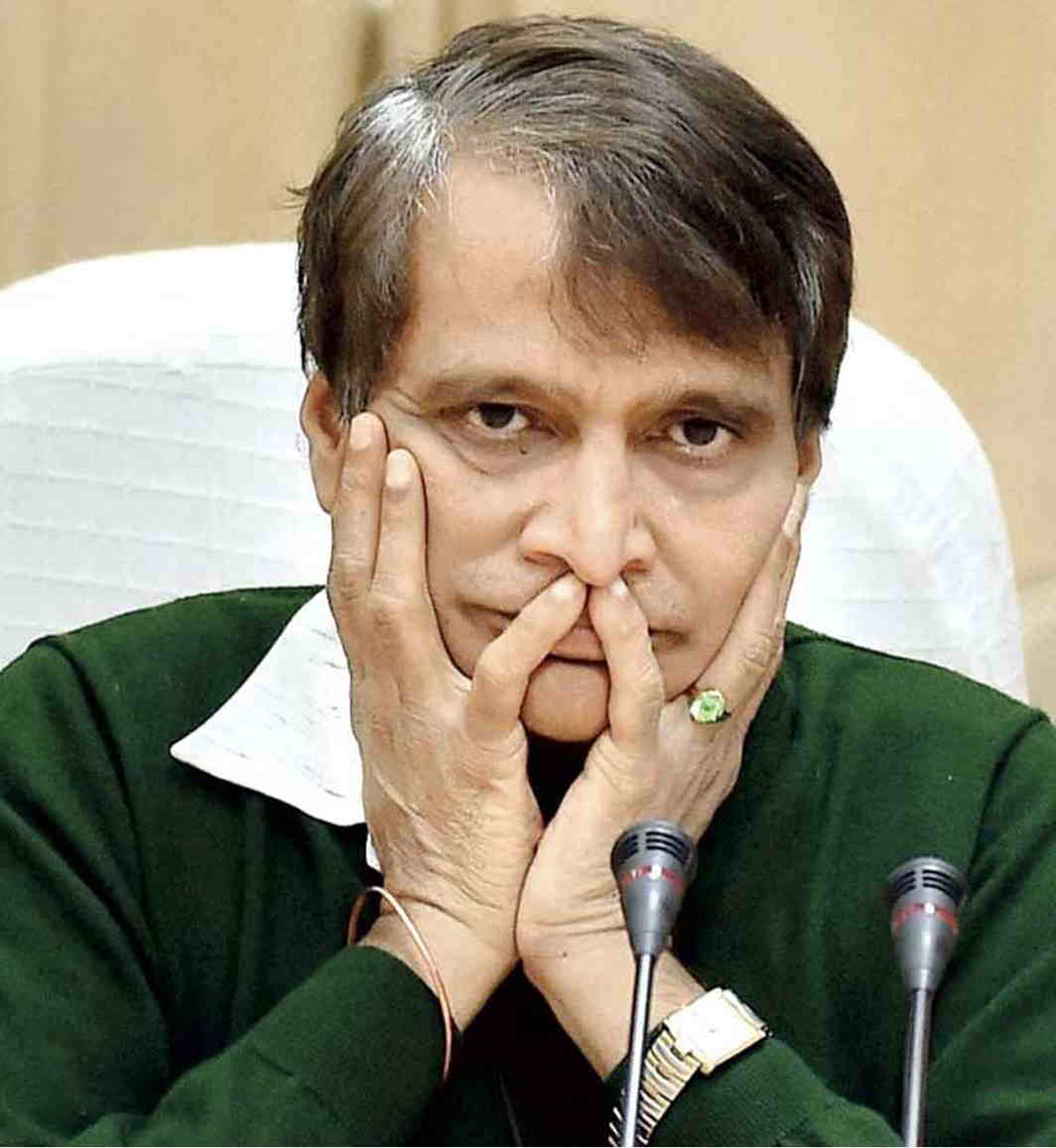 Prabhu wrote on Twitter that he takes full moral responsibility for the accidents and has met Prime Minister Narendra Modi in this regard. Prabhu tweeted that the Prime Minister had asked him to wait.

Prabhu sought to explain his performance as the Railway Minister in the past three years under the leadership of PM Modi in a series of tweets:

“In less than three years as Minister, I have devoted my blood and sweat for the betterment of the Railways.”

“New India envisioned by PM deserves a Rlys which is efficient and modern. I promise that is the path, on which Rlys is progressing now.”

“I am extremely pained by the unfortunate accidents, injuries to passengers and loss of precious lives. It has caused me deep anguish.”

On Saturday, the Kalinga Utkal Express, travelling from Puri to Haridwar, had derailed at Khatauli near Muzaffarnagar killing 22 people and injuring over 150 others. Fourteen bogies of the train had derailed allegedly due to repair and maintenance work being carried out on those tracks at the time.

The Government Railway Police began an investigation into the derailment with its personnel visiting the site and talking to locals about the accident.

On Sunday, the railway ministry sent on leave top officials including a member of the railway board for the Utkal Express derailment.

Early Wednesday morning, in the second incident in four days, nine coaches of the Kaifiyat Express derailed near Auriaya leaving over 70 injured, four of them seriously. The Railway Ministry said in a statement today: “An unauthorised dumper broke the railway fence and hit the engine of Kaifiyat Express causing derailment. There are no casualties.”

According to railway officials in North Central Railway (NCR), the collision happened around 2.40 am between Pata and Achhalda railway stations. While eight coaches have been derailed, one coach overturned due to the massive impact of the collision. “An unauthorised dumper broke the railway fence and hit the engine of Kaifiyat Express causing derailment,” the Railway Ministry said in a statement.

As per a PTI report, at least 53 per cent of the 586 train accidents in the last five years were due to derailments with the Utkal Express derailment being the latest. Notwithstanding the railways’ attempts to upgrade the safety apparatus, many such accidents continue to occur. Over 20 people died and 97 were injured after 14 coaches of the Utkal Express derailed near Muzzafarnagar in western Uttar Pradesh on Saturday evening.

According to official figures, of a total of 586 rail accidents in the last five years, nearly 53 per cent were due to derailments. Since November 2014, there have been 20 rail accidents, many of them minor.

There have been over 20 rail accidents, including minor ones, since November 2014, when Suresh Prabhu took office. The total count of “consequential accidents” since 2014-15 stands at 346 accidents. In at least nine of these cases, casualties were reported.

Some of the biggest rail accidents that took place during Prabhu’s tenure:

On February 13, 2015, around 7:30 am, nine bogies of the Bangalore-Ernakulam Intercity Express (Train No. 12677) derailed near Anekal on the outskirts of Bengaluru. The D9 compartment of the train crashed into D8 and the first four rows of seats were crushed. Passengers in D8 were either trapped or killed. 10 people were killed in the incident and around over 150 were injured.

The Dehradun-Varanasi Janata Express derailed in Rae Bareli district on March 20, 2015 around 9 am, resulting in at least 58 deaths and over 150 deaths. An investigation later showed that brake failure was the cause behind the accident.

The 18109 Rourkela-Jammu Tawi Muri Express derailed in Kaushambi district of Uttar Pradesh on May 25, 2015. Eight of the train’s bogies were derailed, leading to five deaths and over 50 injuries.

The Kamayani Express and Janata Express, both successively derailed near Harda in Madhya Pradesh on August 4, 2015. The combined passenger-count of both trains at the time was over 300. The Kamayani Express, which was on its way to Varanasi in UP, was the first to derail owing to flash floods in the area. Soon after, the Janata Express derailed near the same spot. The death toll was reported at 31 and over 100 people were injured.

A narrow-gauge train, the Shivalik Queen – a chartered train from Kalka to Shimla, derailed on September 12, 2015. The train was occupied by 36 British tourists and a tour guide. Two of the tourists died in the accident and 15 were injured.

One of the worst accidents under Prabhu’s tenure was the derailment of the Indore-Patna Express near Kanpur on November 20, 2016. This resulted in 150 deaths and over 150 injuries. The accident was attributed to several causes, including overcrowding and fracture in the railway line.

Nine coaches and one diesel engine of the 18448 Jagdalpur–Bhubaneswar Hirakhand Express derailed in Vizianagaram district of Andhra Pradesh in January this year. A few of the train’s coaches even collided with a freight train on a parallel track. According to reports, many of the deaths were caused by a stampede as passengers tried to escape from the train. 41 people died and 68 were injured.