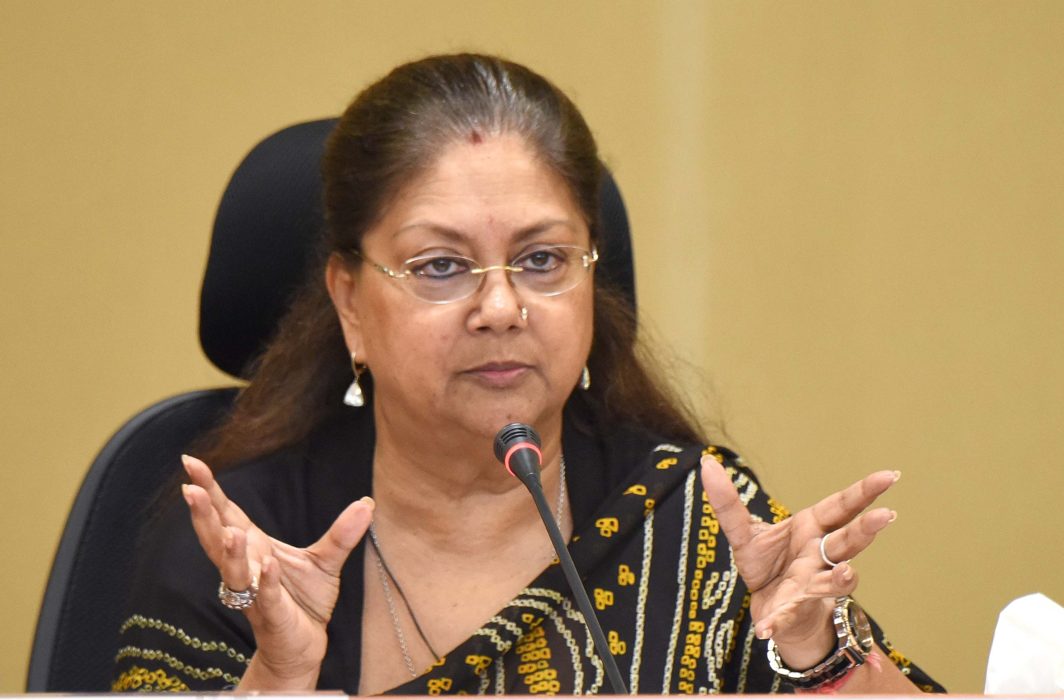 After BJP’s Rajasthan bypoll loss, the party’s OBC wing president in Kota district wrote to the party president Amit Shah, demanding for a change in the leadership.

With the BJP’s embarrassing defeat in the recent Rajasthan bypoll triggering an upheaval within the saffron party in the state set to face electorate later this year, Kota district unit of the party is now divided over the leadership ability of Chief Minister Vasundhara Raje.

Reportedly, BJP leaders in Rajasthan, including the party’s OBC wing president in Kota district, have written to the party’s national president Amit Shah, demanding ouster of Raje. On the other hand, the Kota’s district president of BJP has issued a statement, extending his support to the CM.

In a letter to BJP President Amit Shah, Ashok Chaudhury, BJP OBC wing’s president wrote, “On February 1, the results for the Rajasthan bypolls came and they disappointed the hardworking workers of the BJP. Some workers, such as me, knew that the result would not go in the party’s favour. The people of the state are not happy with Chief Minister Vasundhara Raje’s way of working and the morale of party workers is going down.”

Further alleging that the BJP state president in Rajasthan, Ashok Parnami works like a “slave” of the CM, Chaudhury wrote, “State BJP President Ashok Parnami, working like a slave of the CM, is doing immeasurable damage to the party organisation in the state. His hold on the organisation is also weakening. Party workers and office bearers are not happy with his style of working.”

Chaudhury also added that CM Raje is “surrounded in a bureaucratic chakravyuh (trap) and is leading the party on a path where it will only find loss.”

However, supporting the Chief Minister, BJP Kota district president Hemant Vijay said, “Rajasthan has seen path-breaking development work being undertaken under the leadership of Vasundhara Raje Ji. Similarly, the organisation has only been strengthened under the leadership of (state BJP President) Ashok Parnamai. Ashok Chaudhary later told me that the letter he wrote was a mistake and he would like to take it back.”

With Congress candidates Raghu Sharma and Karan Singh Yadav clinching victory in the Lok Sabha by-elections from Ajmer and Alwar respectively, BJP’s key opposition bagged success at the crucial bypolls – which were dubbed as the semi-final before the assembly elections scheduled to be held in the state later this year.