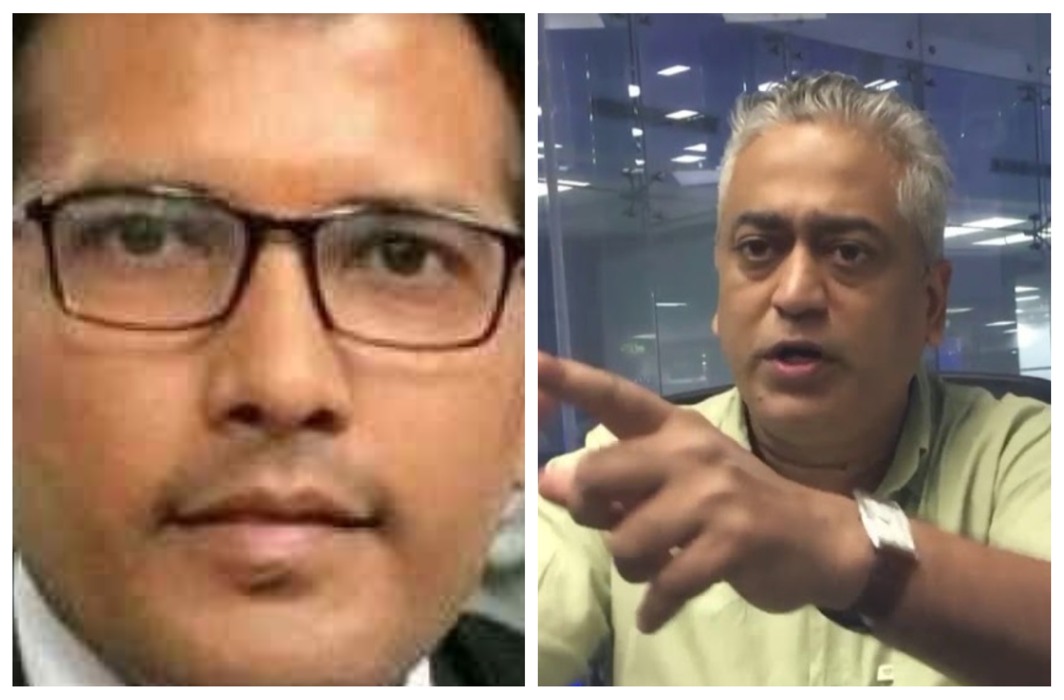 Remember Prashant Patel aka Prashant P Umrao, the Delhi-based lawyer who recently made national headlines after a petition filed by him led to the disqualification of 20 Aam Aadmi Party (AAP) legislators from the Delhi Assembly?

Patel, who has a history of posting offensive, communally divisive and misleading tweets, has now entered into a highly charged Twitter spat with India Today consulting editor Rajdeep Sardesai. The senior journalist had recently filed a police complaint against Patel for posting and attributing a fake and communally divisive tweet to his name.

Now @AltNews exposes @ippatel a one man hate/lies factory, who has attacked Muslims, women, Sikhs and more.. waiting to see what @TwitterIndia does now. https://t.co/S3U1oPvwPp

However, Sardesai’s complaint failed to dither Patel from posting malicious content against the acclaimed journalist and author. The lawyer recently posted on Twitter that Sardesai “threatened medical colleges in Goa and Mangalore” in a bid to secure an admission for his son into a medical course. The self-acclaimed activist posed a question to Sardesai on Twitter saying: “Is it true that your son Ishan got admission at MBBS in Kasturba Medical College, Manipal University in 2013 on NRI quota w/o (without) having merit after paying Rs 1 Cr by violating rules?”

Dear @sardesairajdeep Is it true that your Son Ishan got admission at MBBS in Kasturba Medical College, Manipal University in 2013 on NRI quota w/o having merit after paying ₹ 1Cr by violating rules?

Rajdeep threatened almost all Medical colleges in Goa & Mangalore for admission of his average Son in 2013 But Colleges denied so he ran campaign on CNN IBN about selling management seats, which after few days stopped due to settlement via back door. https://t.co/lZOETJCLmh

Patel has been running a smear campaign on Twitter against Sardesai and his family for several weeks. Earlier, he had claimed that Sardesai’s father, the celebrated former cricketer Dilip Sardesai had been “arrested by Mumbai police in 1993 in connection with foreign exchange regulation act violations, involving $6.89 million.” Patel had also shared a tweet in which he attributed a quote – “ek hazaar Hinduon ka qatl karo” – to Sardesai. This communally divisive tweet had forced Sardesai to file a complaint with the Delhi police’s cyber cell and demand an necessary action against Patel.

Clearly undeterred by Sardesai’s move, Patel went ahead earlier this week to drag the journalist’s son into his evidently motivated and misleading smear campaign. The lawyer also posted on Twitter asking his followers whether he should initiate legal proceedings against Rajdeep Sardesai for “his disproportionate assets and properties”.

Sardesai seems to have finally had enough of Patel’s smear campaign. On Saturday (February 10) the veteran journalist threatened to file a Rs 100 crore defamation suit against Patel and also tweeted the admission order of his son to claim that the allegations made by the Delhi-based lawyer were false.

For the Bhakt army of liars: here is my son, a merit rank school topper, medical college admission form. Also marking @TVMohandasPai of Manipal board. Next step 100 crore defamation suit against @ippatel and @TwitterIndia Sad it has reached this but enough is enough. pic.twitter.com/RRbcrfBGVx

Patel then shot back with an allegation that appeared to be even more bizarre than his earlier tweets against the journalist, claiming that Sardesai was filing the defamation suit against him “on behalf of AAP”.