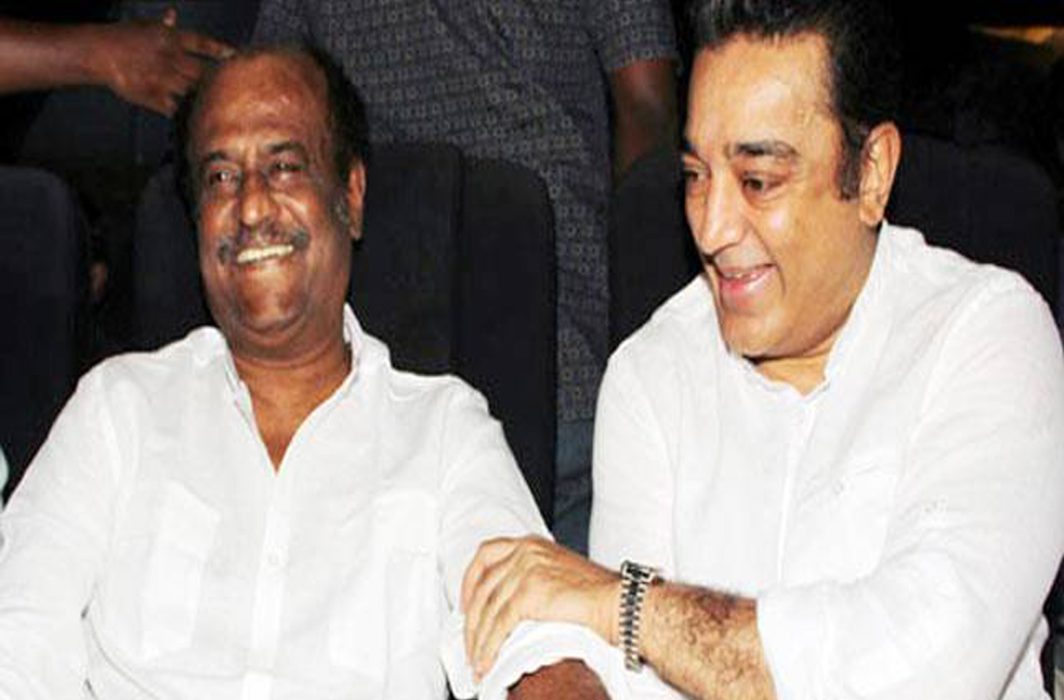 With Tamil actor Kamal Haasan actively considering his political debut, here’s a piece of advice from the state’s undisputed superstar – Rajinikanth – that he can’t risk ignoring: “To be successful in politics, just name, fame and money are not enough.”

Rajinikanth and Kamal Haasan – the two Gods of Tamil cinema – came together on a common stage on Sunday in Chennai for the inauguration of a memorial dedicated to another iconic and still vastly popular Tamil actor – Sivaji Ganesan.

The function, organised by the AIADMK-led Tamil Nadu government, which has been at the receiving end of Haasan’s strident criticism for the past few years, was being keenly looked forward to as the state’s electorate has been guessing about the next move of Rajinikanth and Kamal Haasan – both speculated to enter the political fray soon.

While Haasan has been open about his ambition to join electoral politics and even float his own party, having said recently that “if elections are held in Tamil Nadu today, I will be there”, Rajinikanth’s foray into politics has remained a matter of conjecture though the superstar has indicated that he might take the plunge.

But on Sunday, it was clearly Rajinikanth who stole the show – taking digs at his friend and fellow actor of nearly five decades.

Citing the example of the late thespian Sivaji Ganesan, who despite his massive success in cinema failed to become a formidable political force in the state even after being with various political parties – including the Congress, DMK, Janata Party and floating his own outfit, the Thamizhaga Munnetra Munnani- Rajinikanth took some not so-veiled digs at Haasan.

“Sivaji (Ganesan) has left a lesson not just in cinema but also in politics. He started his own political party, fought and lost (elections) from his own constituency. This was not an insult to him, but the people of that constituency, Rajini said.

The Tamil superstar then went on to add: “The message is that to be successful in politics, just name, fame and money are not enough. There is something beyond that.”

The actor then took a swipe at Haasan, saying that “even if I ask him (about what it is that is needed to succeed in politics), he won’t share it with me now,” adding that “he may have told me if I had asked him two months ago”.

While Rajinikanth predictably gave no clear hints on whether or not he would be taking the much anticipated plunge into electoral politics, he didn’t shy away from putting Haasan in a spot.

“I told him (Kamal) that you’re my elder brother in the film industry and you should tell me what is needed for an actor to succeed in politics. And he says, ‘come with me, I will tell you’,” Rajinikanth said, indicating that Haasan had perhaps asked him to join the political outfit he plans to float.

Tamil Nadu has had a rich history of cinema marrying politics. Though Sivaji Ganesan may not have been successful in his political innings, his contemporary, the legendary MG  Ramachandran, not only floated the AIADMK after walking out of the M Karunanidhi-led DMK, but also went on to become the state’s chief minister.