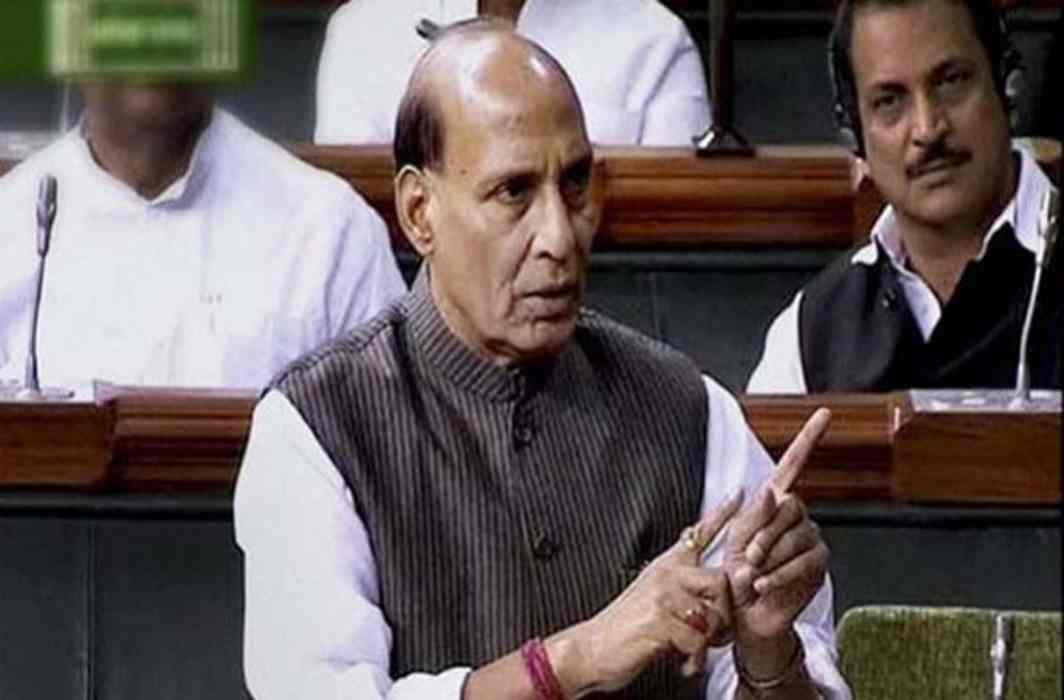 Amidst opposition outcry over the growing number of mob-lynching incidents, Union Home Minister Rajhnath Singh has said that the government will enact a law, if necessary.

According to agency report, Singh also said the government has taken the issue seriously and would look at taking stringent action against the culprits. Opposition parties including Congress, the Trinamool Congress and the Left parties in the Lok Sabha have seriously raised the issue of the rising cases of lynching.

Opposition members created a din during the Zero Hour and many of them rushed to the Well, as a visibly peeved Speaker Sumitra Mahajan allowed some of the leaders to raise the issue after papers were laid.

Earlier on Monday, the Home Ministry announced setting up of two high-level committees to suggest ways and a legal framework to effectively deal with incidents of mob violence and lynching.

Meanwhile, Rajasthan police on Monday suspended assistant sub-inspector (ASI) Mohan Singh after he admitted that there had been a delay of three hours in taking 28-year-old lynching victim Rakbar Khan to hospital. Three constables have also been transferred to police lines.

ASI Singh was caught on camera admitting that he had “made a mistake” and was “ready for punishment”. However, he denied allegations that the victim was beaten to death in the police station.

“Mere se galti hogai… kaise bhi maan lo… sazaa de do ya chhod do… seedhi si baat hai (I made a mistake… punish me or pardon me… it is simple and straight),” the official can be heard saying.

In the primary investigation, Reddy claimed the policemen have not been found involved in beating the victim and it was not a case of custodial death.

In a related development the police had arrested two accused persons: Dharmendra Yadav and Paramjeet Singh on Saturday, while the third, Naresh Singh, was arrested on Sunday.

It is alleged that when the incident happened in Alwar’s Lalawandi village, it took more than three hours in transferring the victim Rakbar Khan to the hospital situated just 4 kms from the police station.

Khan and his friend Aslam were taking cows to their villages in Haryana through a forest in Alwar’s Ramgarh area when they were accosted by a mob and allegedly attacked. While Aslam managed to flee, Khan was lynched.