PM’s hand-picked IPS officer gets to be Delhi Police chief with transfer of cadre four days before retirement, plus a year’s extension 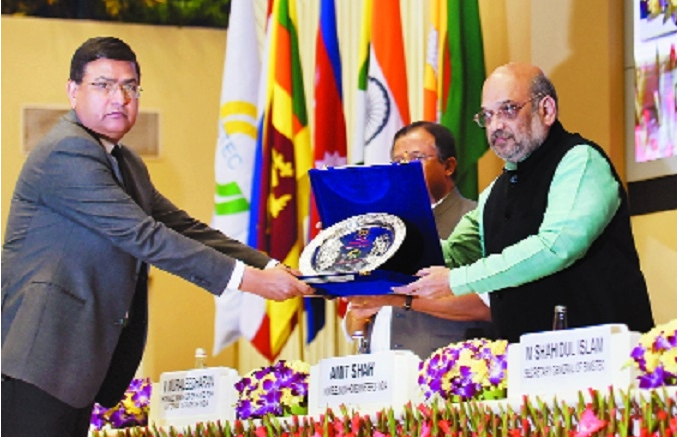 The ministry of home affairs on Tuesday appointed Rakesh Asthana, a 1984-batch IPS officer, as the new police commissioner of Delhi, four days before he was due to retire from service. In an order of the Home Ministry, Asthana has been awarded with the responsibility of Delhi Police Chief.

Former Central Bureau of Investigation Special Director and Director General of Border Security Force (BSF) Rakesh Asthana, who was about to retire on 31 July, will continue as the Commissioner of Delhi Police for the next one year till July 31, 2022.

Whether it is the matter of interrogation in the fodder scam or the investigation of the drug dispute related to the Sushant case, Rakesh Asthana has always been in the media headlines. He has been part of several high-profile investigations including Godhra case 2002, Rs 9,000 crore Vijay Mallya loan fraud and money laundering case and fodder scam.

Asthana had investigated 2002 Sabarmati Express fire incident working as Vadodara’s police commissioner under then Gujarat Chief Minister Narendra Modi. While working as a CBI SP in 1997, he had arrested Rashtriya Janata Dal chief Lalu Prasad Yadav in the fodder scam.

Apart from Vadodara, Asthana has served a police commissioner in Surat. He has been a remarkable track record when it comes policing in cities.

Asthana was involved in a major controversy in 2018, due to his feud with the then CBI chief Alok Verma. Allegations of bribery were levelled against him, but he was issued a clean chit by the CBI in February 2020.

In 2018, both officers – Verma and Asthana – were allegedly put on a list of possible targets for surveillance using the Israeli spyware Pegasus, which is sold only to governments. Verma was also a Delhi Police Commissioner before being appointed a Director of the CBI.

Asthana’s ascension was also hinted at when the Delhi Lieutenant Governor Anil Baijal authorized the Delhi Police Commissioner to arrest anyone under NSA provisions till October 18. While officials said this was a regular feature, the timing coincides with Independence Day. Protesting farmers had made a hash of Republic Day earlier this year with a tractor parade. Hence, the speculation was that a tougher commissioner was in line next to prevent such a recurrence on August 15.

Delhi Police works directly under the Union Home Ministry, so all eyes will be on Rakesh Asthana for the next one year.

In other India News, A speeding truck rammed into a double-decker bus in Uttar Pradesh’s Barabanki district and crushed 18 labourers to death who were sleeping on the road in front of the bus