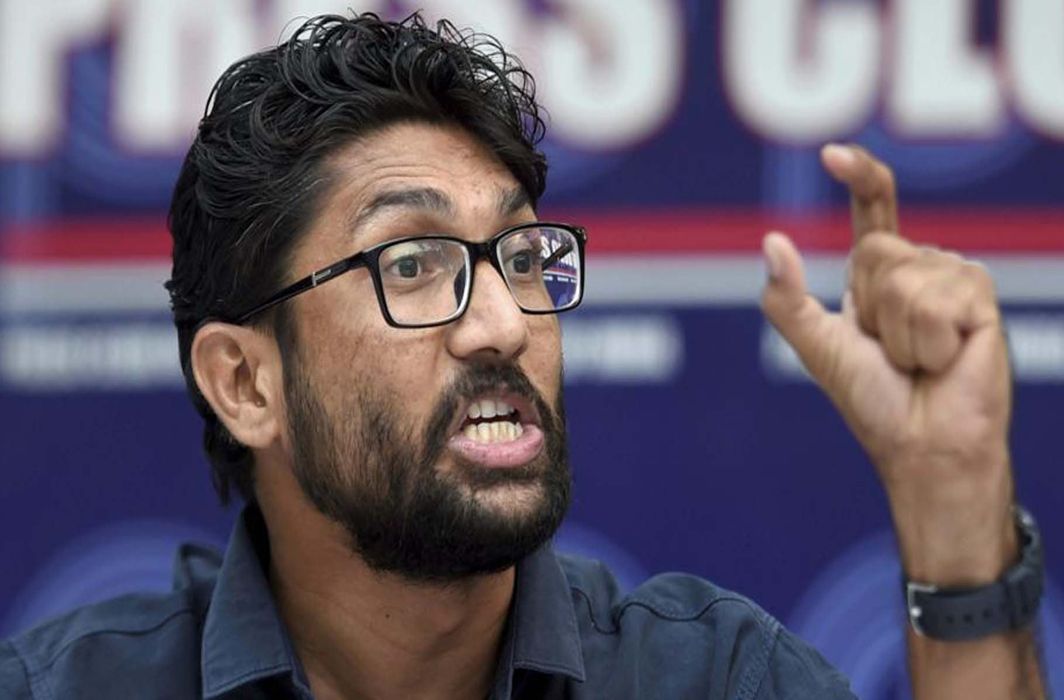 He wants Jignesh to work for uniting society

In a damage control effort in Bhima-Koreagon crisis, the BJP led NDA government  has assigned a Dalit leader from the Maharashtra- Ramdas Athawle, the minister of state for social justice and empowerment to contain Jignesh Mevani, who has recently won election in Gujarat Assembly and has been claiming to be a challenge for PM Narendra Modi in 2019 general elections.

On Sunday, Athawle met Maharashtra CM Devendra Fadnavis in Mumbai and discussed the developments after the violence triggered on January 1, when Dalits came under attack allegedly by Hindutva elements.

Speaking to media persons after meeting with the Chief Minister, Athawle tried to reconcile the Dalit community and its youth leader Jignesh Mevani and surprisingly said that Mevani was not responsible for the violence in Bhima-Koregaon.

Athawale said that there was tension in the area even before 200th anniversary of the Bhima-Koregaon. Considered to be an important Dalit leader in Maharashtra., Athgawle is the founder leader of Republican Party of India (A) and represents Maharashtra in Rajya Sabha.

Jignesh has denied of even visiting Bhima Koregaon and delivering  speech and said that government was trying to tarnish his image. He has asserted that such FIR cannot deter him from his commitment of serving Dalit cause.

On January 5, while addressing media persons at Press Club of India Jignesh said “PM should speak on the rising number of incidents against Dalits, from Vemula suicide to Una in Gujarat to Saharanpur in UP and now Bhima Koregaon. Why are these attacks happening only in BJP-ruled states?”  he asked.

“The PM should clarify whether Dalits of this country have a right to peaceful demonstration or not, why is he not reacting to these atrocities,” he further added.

Athawle said, “Jignesh is not responsible for the violence at Bhima- Koregaon. There was tension in the area prior to January 1. I had visited the place and the tension had eased. So, I had returned to Delhi on December 31. On the same day, Jignesh had delivered his speech at the Shaniwar Wada in Pune. He had not gone to Bhima-Koregaon. Some groups had held a meeting at night and the violence took place on January 1.”

He has reportedly said, “I have congratulated Jignesh on his Assembly election victory. It is good that a young, fresh Dalit face is emerging. My advice to him is that he should focus on uniting the society and not dividing it.”

He defended PM for not speaking on the incident by saying, “It is not necessary that the prime minister should comment on every development. After the Una incident (where Dalits were assaulted by cow vigilantes), Modi had criticised it.” Jignesh has recently demanded PM statement on the incident.

Maharashtra CM Devendra Fadnavis assured Athawle that people who were responsible for the Bhima-Koregaon violence would be punished and compensation would be given for the damaged properties. He is also organising “social harmony conference” in Pune on January 13.

Ramdas Athawle has also admitted that the January 3 Maharashtra shutdown against the Bhima- Koregaon violence has put Dalit community’s strength in focus. He offered his party’s services to Dalits by saying, “If Dalits can come together to voice their anger, the RPI factions can also do so to lend political strength to the community.”

Observers believe that Athawle was trying to maintain his Dalit leadership and did not choose to speak about Jignesh Mevani more than once. He has also advised the young Dalit leader to focus on “uniting the society and not dividing it”.