Earlier, Deepika had also participated in the trend and shared a meme story on her Instagram handle. She had posted her childhood picture and gave it a funny twist. 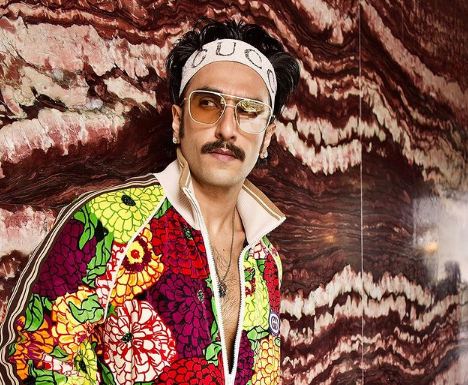 In the video, he can be seen showing off a fan-gifted, gajar ka halwa. He can be heard saying, ‘Ye humara gajar ka halwa hai, ye hum hain aur yahan pe pawri ho rahi hai’. The video was shared by several fan pages dedicated to the actor. Take a look:

Earlier, Deepika had also participated in the trend and shared a meme story on her Instagram handle. She had posted her childhood picture and gave it a funny twist. Take a look:

For the unversed, the viral trend was started after a Pakistani influencer Dananeer Mobeen posted a video with her friends as they were having fun on a road trip. Soon it took the internet by storm after YouTuber Yashraj Mukhate made a mix of Dananeer’s video, in which she can be heard saying, Yeh humari car hai, aur yaha pe humari pawri (as in party) ho rahi hai.

A host of Bollywood celebrities like Randeep Hooda, Shahid Kapoor among others  have also joined the popular trend. Randeep had posted a video from the sets of his upcoming film titled Inspector Avinash. Similarly Shahid shared a video from the sets where a man is introducing him as star, saying ye mera star hai, ye hum hain, yaha pawri ho rahi hai.

Meanwhile, Ranveer will next be seen in Kabir Khan’s sports drama titled 83, which will  showcase India’s iconic win at the 1983 cricket World Cup. In the film, Ranveer will be seen in the role of cricketer Kapil Dev, while Deepika Padukone will feature as Kapil’s onscreen wife Romi Bhatia.

Besides 83, the actor has lined up projects that include Yash Raj Films’ Jayeshbhai Jordaar, Rohit Shetty’s Cirkus, Karan Johar’s Takht among others.