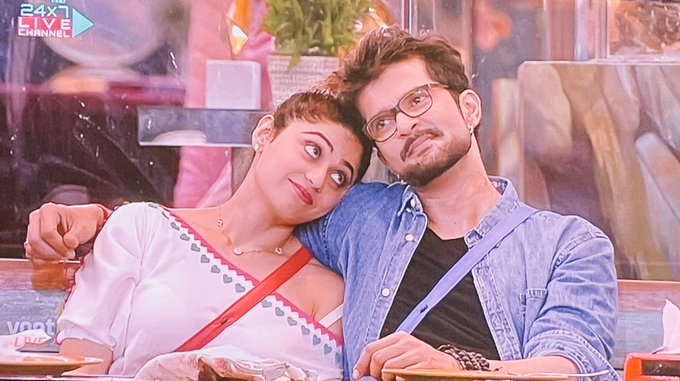 The Bigg Boss contestant Raqesh Bapat is currently talk of the town for his close activities with Shamita Shetty in the Bigg Boss OTT house. Ever since the start of Bigg Boss OTT, Bapat has been constantly making headlines for the show. Earlier the relationship between Bapat and Shamita was very close but in recent days, the rift in their relationship has been clearly visible to everyone.

In a recent episode of Bigg Boss OTT, Shamita was talking to Neha Bhasin. Shamita told Neha that, she was hurt due to the change of behavior of Bapat for a few days now. Shamita went on and said that, what makes her sadder is that, after spending four weeks together in Bigg Boss, now Raqesh is behaving arrogantly with me. At the same time, Shamita also said that Bapat definitely has a soft corner for Divya Agarwal in his heart. Shamita confessed to Neha that, she felt like following him but Raqesh is not interested at all.

Even when the fight between Shamita and Divya happened, Bapat didn’t come to support Shamita. But this happened after the Shamita spoke to Neha that, now she has realized that Bapat is not made for her and she like to move on.

In an interview to India Today, when Bapat was asked about what made him to join the Bigg Boss OTT, he said that it was meant to be happened, every year they used to call me to join the show but for some reason he didn’t get into it. But this year it came originally to him, he talked to the team and they were so convincing, Bapat further added.

He also said that the pandemic helped him to prepare for the show, because Bigg Boss is a mental show.