Raveena Tandon reveals she took her career for granted, went on too many sabbaticals 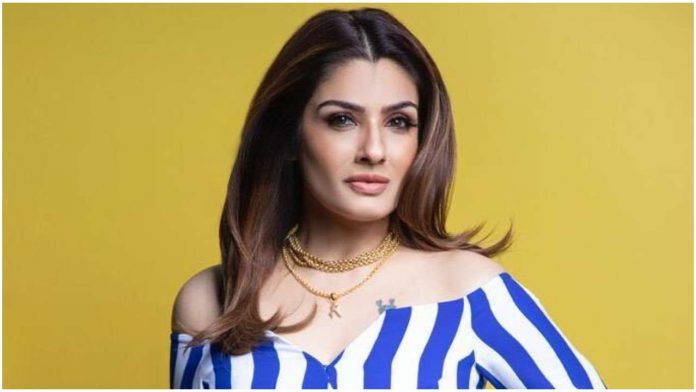 Raveena Tandon recently revealed that she took her career for granted and wished she was more focused. Tandon was one of the most popular actresses of the 90’s. She delivered superhits like Dulhe Raja, Mohra, Bade Miyan Chote Miyan, and Andaaz Apna Apna. However, she took a break from films after her marriage.

In a recent interview with Bombay Times, the actress said she put in a lot of hard work but went on too many sabbaticals, taking her career for granted. She emphasized that she has no regrets and that she is happy about the way things turned out for her.

Talking about her daughters Pooja and Chhaya, whom she adopted in 1994, the Mohra actress had said the decision changed her life. She said she didn’t like the way their guardian would treat them and that some instinct in her pushed her to take them to home. There was something about the girls that made her feel that her being a 21-year-old doesn’t matter. Tandon said it has been the best decision of her life. She cherishes every moment she has shared with them, from taking them into her arms for the first time to walking them down the aisle.

She said there are plenty of best memories in her life, be it getting Pooja and Neha home, getting them married, being witness to the birth of their babies. Then, She was blessed with her two babies Rasha and Ranbirvardhan which enhanced her choices as a mother, she said.

Tandon said she has become more compassionate as a person and at the same time, she feels like this powerful woman because she is like a shield to her kids.

On the work front, Raveena Tandon was last seen in the 2017 film Shab. She will now be seen in K.G.F: Chapter 2 opposite Sanjay Dutt and South superstar Yash. The film is a sequel to the 2018 film K.G.F: Chapter 1.