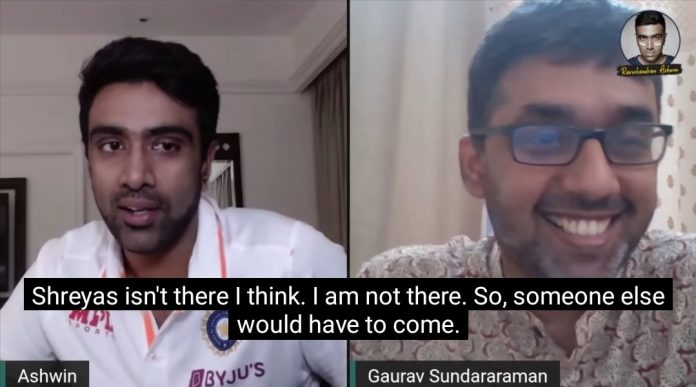 Indian off-spinner Ravichandran Ashwin, who recently made a comeback to T20I cricket, revealed that he and Shreyas Iyer might not be retained by their IPL franchise Delhi Capitals ahead of the mega auction for the next edition of IPL.

Earlier, BCCI had announced the inclusion of two new teams in IPL, Lucknow and Ahmedabad based franchise becoming the new members of cash-rich Indian Premier League (IPL). The 2021 edition of IPL just concluded a month ago and the preparations for the upcoming season (IPL 2022) has already geared up. The mega auction for the IPL 2022, is likely to take place in the first week of January 2022. As per the rule, any franchise will be allowed to retain a maximum of four players with the combinations of 3 Indian and 1 foreign player or, 2 Indian and 2 foreign players.

Ravi Ashwin who played for Delhi Capitals in the 2021 season, recently in a youtube chat predicted that he and former Delhi Capitals skipper might not be retained by their franchise.

In his Youtube chat show with cricket journalist Gaurav Sundaraman, Ashwin said that he is not sure if he finds himself playing for Delhi Capitals in IPL 2022, and also confirmed the exclusion of former DC captain Shreyas Iyer.

“Shreyas isn’t there I think. I am not there. So, someone else would have to come. I would have known if I were taken,” said Aswin.

Delhi Capitals failed to win IPL for a second consecutive time after making it to the finals. Ashwin once again played a key role for his team and picked wickets at crucial stages in the game.