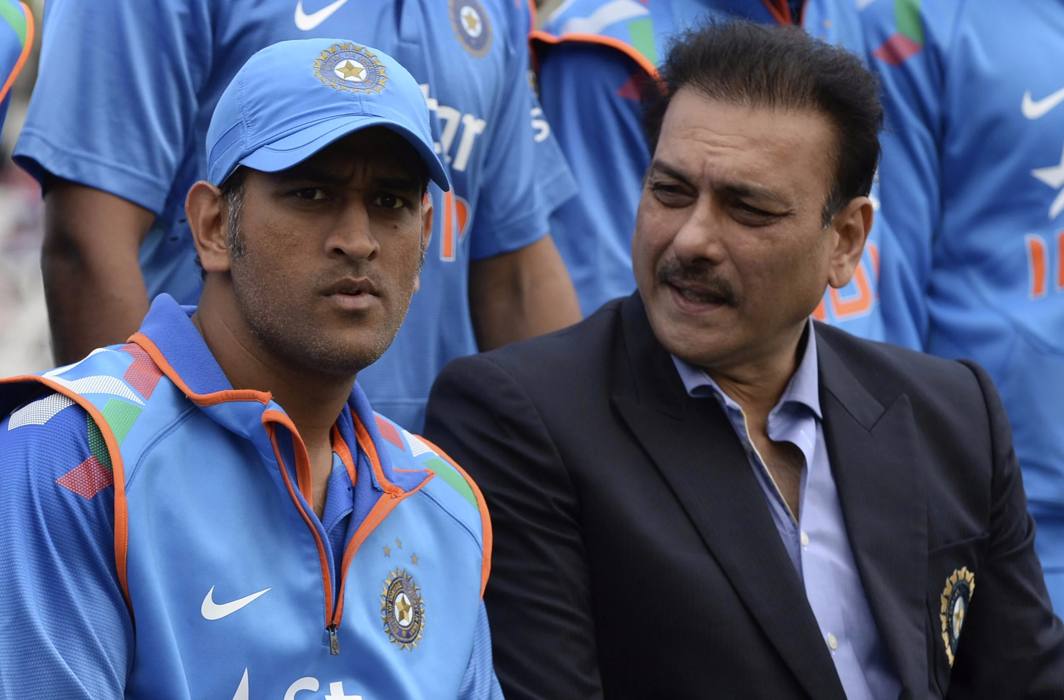 Dhoni’s performances recently came under the scanner after he wasted balls in the second T20 match against New Zealand.

Hitting out at critics like former captain Sourav Ganguly, Virendra Sehwag and Ajit Agarkar who recently questioned the utility of MS Dhoni in the Indian cricketing squad, two of the key people among the Men in Blue – head coach Ravi Shastri and skipper Virat Kohli – came in support of Dhoni.

Taking a dig at the voices seeking Dhoni’s resignation from international cricket, Shastri told Anandabazar Patrika, “Looks like there are a lot of jealous people around, who just want MS Dhoni to have a couple of bad days. But the Indian team knows who Mahendra Singh Dhoni is and what he means to the team. There are a few people who are waiting to see the end of MS Dhoni, but great players like him decide their own future.

After India’s 2-1 series win against New Zealand on Tuesday, India’s firebrand captain Virat Kohli aggressively backed the former captain, saying, “He understands his game, he understands his role, but it doesn’t come off every time … he doesn’t score in one game and we are after his life.”

“I think people need to be a bit more patient. He’s a guy who understands various cricketers. He’s a very smart guy. He understands where he stands with his body, with his game. So I don’t think anyone else has the right to decide that for him,” added Kohli.

Dhoni’s performances recently came under the scanner after he wasted balls in the second T20 match against New Zealand.  Furthermore, the wicket-keeper batsman also failed to give the strike back to Kohli, who was at the non-strikers end.

Though several fans and veteran cricketers opined that Dhoni should now retire and make place for young cricketers in the team, both Kohli and Shastri countered.