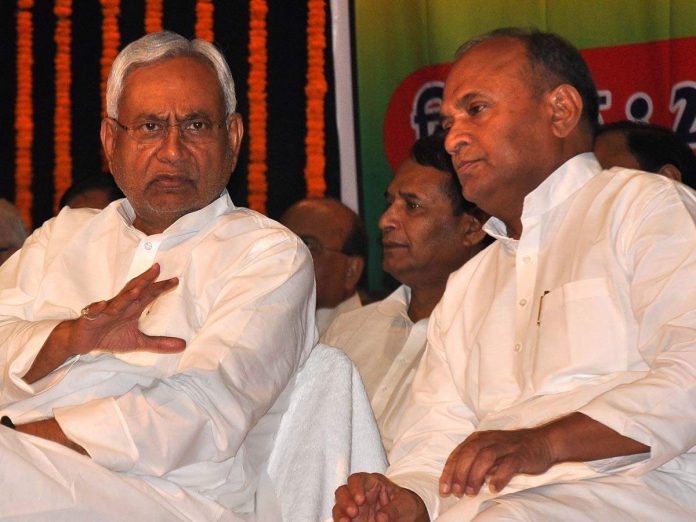 In a big decision on Sunday,  Rajya Sabha MP Ramchandra Prasad Singh was unanimously elected as the national president of the Janata Dal (United). Singh took over the post from Nitish Kumar. His name was proposed by Bihar chief minister himself at the national executive meeting of the party, which was backed by all. Singh is a former IAS officers and is known for his close relationship with Kumar. He is considered No.2 in the party.

Singh is responsible for taking major decisions of the party in consultation with Nitish Kumar right from selection of candidates for elections to finalsing the seat-sharing formula. The former civil servant has been a member of Rajya Sabha since 2010. His first stint as Rajya Sabha member started in 2010. in 2016, he was chosen against as the member of the Upper House.

According to reports, RP Singh is likely to be a Cabinet minister whenever the JD(U) decides to be part of central government. The decision to appoint RP Singh as JD(U) president comes following a setback to the party as six of its seven MLAs in Arunachal Pradesh jumped ship and joined Bharatiya Janata Party. The MLAs who were inducted into the BJP are Talem Taboh from Rumgong Assembly Constituency, Hayeng Mangfi (Chayang Tajo), Jikke Tako (Tali), Dorjee Wangdi Kharma (Kalaktang), Dongru Siongju (Bomdila) and Kanggong Taku from Mariyang-Geku constituency. JD(U) had earlier issue show cause notice to three of these MLas for anti-party activities and suspended them.

Singh had then downplayed the split and said the party was focused on its upcoming meetings. the move is being considered a master stroke by Kumar who did not seem comfortable with BJP winning more seats than JD(U) in Bihar elections. he had even shown his unwillingness to become the CM again. However, upon BJP’s insistence took oath. The party is likely to take big decisions more freely now with a new president at the helm of affairs while Kumar continues as CM adhering to the coalition dharma.