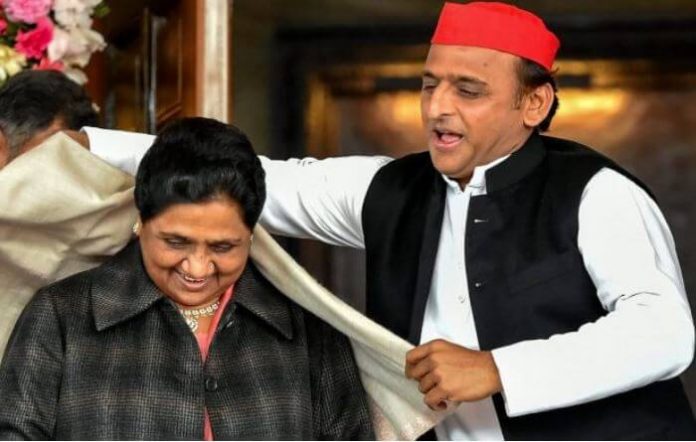 Nine rebel MLAs from Mayawati’s Bahujan Samaj Party have said to have met former Uttar Pradesh chief minister Akhilesh Yadav on Tuesday morning. Sources said they could switch over to the Samajwadi Party to change the political equations ahead of the Uttar Pradesh Assembly election next year.

BSP chief Mayawati had expelled seven MLAs. Along with the five BSP legislators — Aslam Chaudhary, Aslam Raini, Muztaba Siddiqui, Hakam Lal Bind and Govind Jatav — who had had joined the SP last year, this was the BSP’s fresh round of desertions to her erstwhile ally.

BSP MLA Uma Shankar Singh had then alleged the five legislators were bought over and to prevent the election of Dalit leader Ramji Gautam to the Rajya Sabha.

The BSP won 19 seats in the 2017 Assembly election and lost one in a by-election. It currently has 18 MLAs in the Uttar Pradesh Assembly and Mayawati has expelled 11 in the last four years.

Mayawati had sacked two senior MLAs recently for anti-party activities. Seven rebelled during the Rajya Sabha polls last year and were expelled, taking the total number of MLAs expelled by the party to 11, with all of them being removed in the last 18 months.

Earlier this month, she expelled two more MLAs Lalji Verma, who was also the BSP legislative party leader, and Akbarpur MLA Ram Achal Rajbhar. Report suggests Verma is in talks with the Samajwadi Party while Rajbhar could join the BJP.

Having BSP MLAs cross over to the SP makes Akhilesh Yadav look more powerful ahead of elections less than a year away. Yadav lost to a landslide BJP sweep in 2017 after which the BJP chose to appoint then Gorakhpur MP Yogi Adityanath as the Chief Minister.

With such mass desertions from the BSP and Mayawati looking like a second-grade BJP ally in these times, the political future of the BSP looks headed for a sunset.