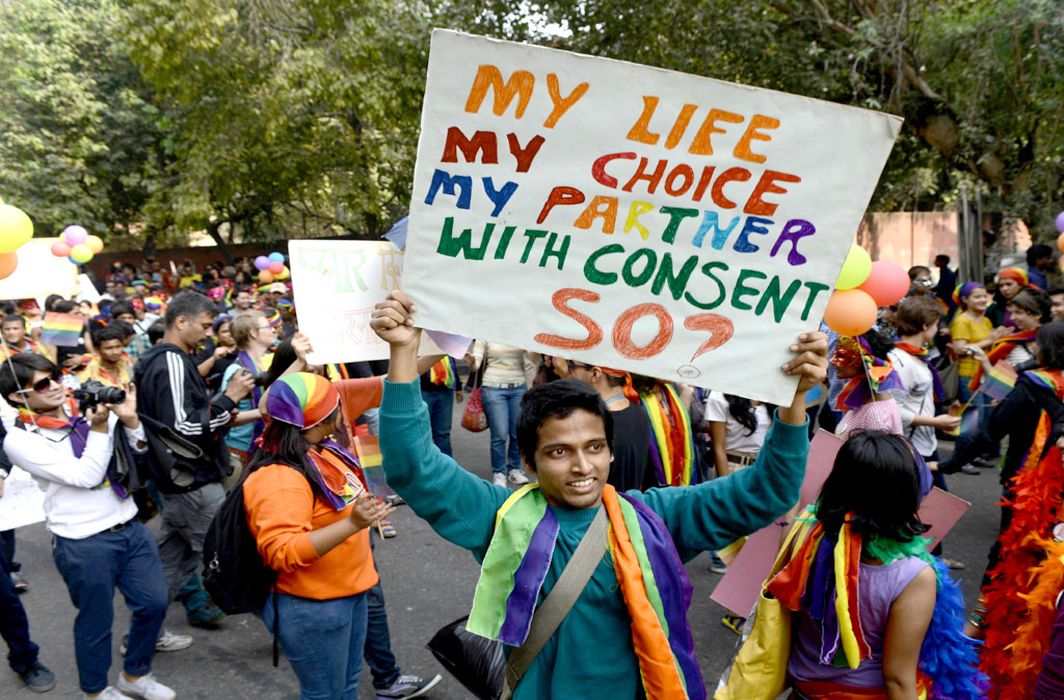 Those travelling to England for the first time in the sixties were recipients of a tract from the British High Commission listing the dos and don’ts. Among the don’ts was a paragraph in italics:

“A single woman may invite you to her apartment for tea and refreshments. This must not be taken for license.” That the tract did not warn me about the risks of accepting gentlemen’s hospitality was presumably because Victorianism had not quite faded in the sixties.

In those days the androgynous appeal of Twiggy, the modelling sensation was the big draw. The fashion industry had marketed flat chested girls, looking like boys, as the new sex symbols. The trend had been initiated by the haute couture in Paris. Balenciaga and Givenchy were in love and presumably had copious sex too, as did others in that business. You were a square if you were straight.

If men were going to be so unidirectional, women too were beginning to experience things they called freedom. All generalization are hopelessly inadequate. The freedom was in fact a device to protect self esteem, increasingly bruised by the casual indifference of men. Women’s emancipation clashed headlong with the “femininity” which poetry, thumri, folk songs, love letters had burdened our aesthetics with for centuries.

(I have lost the pearl, my father’s gift,

I am going mad searching for it.)

The pearl has been lost in a moment of passionate ecstasy.

“Defiantly, she surrendered her virginity by the riverside. In the sexual ecstasy, she lost her gold bangle.”

This raw ecstasy in the two folk songs is not the stuff of sex today – when urban emancipation conditions sexual behaviour.

“Goosebumps of joy appeared on her limbs,

Mistaking them for insect bites

I hastened with a jar of ointment.

But when she smiled I

and stayed my hand.”

(Though wonderful she be, I hesitate to touch her, such is the delicacy of her form)

Even Josh Malihabadi (1894-1982), proud of his several love affairs, is mesmerized by her shyness.

(When I asked for her hand, her eyes were like shyness illuminated.

For a long while she played with her bangles.”

(Look at her, and she is a half open bud.

Kiss her and she is all mouth.)

John Keats in his letters could address Fanny Brawne as “My dear girl”. Try the patronizing tone, however steeped in lyric, on the professional MBA you are trying to date and she will hurl a paperweight at you.

Make allowance for some exaggeration either way, and the truth remains incontrovertible: gender equality has wrenched man-woman equation from romantic traditions which admittedly engendered inequality. When T.S. Elliot’s single woman, after her one night stand,

“paces about her room again, alone

She smoothes her hair with automatic hands,

And puts a record on the gramophone.”

The boredom of it is palpable.

The emancipated, professional woman is light years away from the village belle who lost her pearl during sex. In asserting her gender equality does the contemporary woman cause her partner to feel inadequate and begin to withdraw from women for emotional security? In brief, the belle who lost the pearl is more relaxing; the emancipated woman, more challenging.

Freudian complexities which attend evolving man-woman equation causes some of the youth of both sexes to find greater comfort, relaxation and friendship in seeking out persons of their own sex for all purpose relationships. The withdrawal of men from the market causes women to move in the other direction.

This sociologically conditioned augmentation of the LGBT community is only a fraction of those who are gay or heterosexual for hormonal reasons.

Social reasons for this increase will cause the stream to join the torrent, a function of many streams, which could lead to unsettling demographic changes. That is possibly the most frightening consequence of the issue the Supreme Court addressed in a historic judgement.

The judgement brings out of the purdah that which was hidden. Does a whole body of poetry on that which was behind the curtain become kosher too? It is great poetry from Chaucer and Iqbal to Jaffar Zatalli, Chirkeen, Rafi Ahmad Khan, Mahshar Enayati, Abba Changezi, Uriyan Hyderabadi. Do we have their Lordship’s permission to bring it all out in the open?