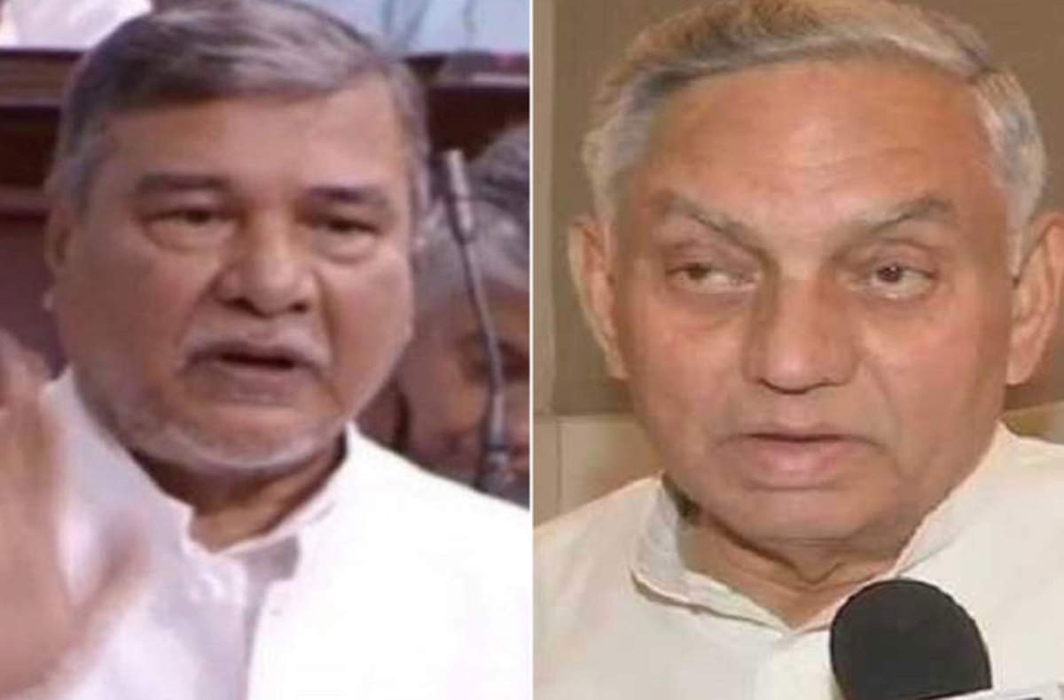 Narendra Modi government’s move to revoke provisions of Article 370 that gave special status to Jammu and Kashmir to complete its ‘integration’ with India and ‘unite’ the country also divided the Congress.

The disarray and division in the party on a crucial issue face a party that was flung into a crisis following its humiliating defeat in the Lok Sabha elections and was left rudderless when a leadership crisis at the top followed with Rahul Gandhi quitting as party chief. The party is yet to decide on a successor and Rahul Gandhi is yet to issue a statement on the contentious move, thus adding to the confusion.

On Monday, Aug 5, Union Home Minister Amit Shah introduced the Jammu and Kashmir Reorganisation Bill in the Rajya Sabha that proposed abrogation of Article 370, which accorded special status to the state, and Article 35A, while also bifurcating the state into two union territories of Jammu & Kashmir and Ladakh.

Many Congress leaders came out in support of the decision.

On Monday, the bill to reorganise Jammu and Kashmir into two Union Territories was passed by the Rajya Sabha, where the government is short of a majority, with several opposition parties walking out and others siding with the government, like Mayawati’s Bahujan Samaj Party (BSP), Naveen Patnaik’s Biju Janata Dal (BJP), Jagan Reddy’s YSR Congress, N Chandrababu Naidu’s Telugu Desam Party (TDP) and Arvind Kejriwal’s Aam Aadmi Party (AAP).

Congress leader, Abhishek Manu Singhvi, speaking to news channel NDTV, admitted yesterday that the party had been outfoxed. “We have been politically outwitted as we are among four or five parties alone that have opposed it. I wouldn’t say we didn’t know about it because I think everybody in our party, from Ghulam Nabi Azad to P Chidambaram, have been talking about it for the last one week. It was the closest to an open secret, but obviously one could not be sure. But yes we are now in a very small number of parties which argued and opposed and voted against it, but a democracy is a democracy… you have to go by the numbers,” said Singhvi.

Many Congress leaders came out in support of  the move outside Parliament, calling it their “personal” view, even as the party’s Rajya Sabha members like Ghulam Nabi Azad and Kapil Sibal blasted the move in the house, calling it “murder of democracy”, and Congress MPs in Lok Sabha staged a walkout led by Sonia Gandhi.

“Today BJP has murdered the constitution as well as democracy through the scrapping of Article 370. The very article that gave special status to J&K and linked it to the country has today been done away with mercilessly,” Congress leader Ghulam Nabi Azad said in Parliament.

His colleague and former Union minister P. Chidambaram termed it a “constitutional monstrosity”.

But many other Congress leaders though otherwise.

The Congress’s chief whip Bhubaneswar Kalita quit the party and the Rajya Sabha calling the Congress stand on Kashmir “suicide” and “against the mood and emotions of the nation”. He said in a statement: “The Congress has asked me to issue a whip on the Kashmir issue. But the truth is that the mood of the nation has completely changed and this whip is against the public sentiment across the country. The ideology of Congress today looks like it is committing suicide and I do not want to be a part of it. I do not want to accept this whip and I am resigning from the Congress party,” he said in the letter referring to the whip to ensure party lawmakers attend Rajya Sabha during the discussion on Article 370.

In his resignation letter, Kalita has made stinging remarks on the Congress’ current state and leadership.

“Congress party’s leadership is doing the work of completely destroying the party. My view is that no one can save this party from being devastated,” he added.

Congress veteran Janardhan Dwivedi said a historic blunder had been remedied. “My mentor Ram Manohar Lohia was against Article 370 from the start…. My personal view is that this is a matter of national satisfaction. A mistake made during independence has been corrected, even if belatedly,” Janardhan Dwivedi told news agency ANI.

Congress leader Deepender Hooda tweeted: “My personal view is that there isn’t a need to have Article 370 in the 21st century. The move is not only in the interest of the country but also for the benefit of Jammu and Kashmir, which is an integral part of India. It is the responsibility of the government to implement the move in a peaceful environment.”

Taking a neutral stand, Mumbai Congress leader Milind Deora tweeted: “Very unfortunate that Article 370 is being converted into a liberal vs conservative debate. Parties should put aside ideological fixations and debate what’s best for India’s sovereignty and federalism, peace in J and K, jobs for Kashmiri youth and justice for Kashmiri Pandits.”

“My Personal Point of View : I support abrogation of Art 370 (as opening words say it’s temporary) but Only and Only in accordance with provisions and methodology provided by the Constitution of India which mandates consent of J&K State Assembly -any other way is Unconstitutional,” tweeted Congress spokesperson Jaiveer Shergill.

Rahul Gandhi has decided not to speak in the Lok Sabha during the debate on the Kashmir move.