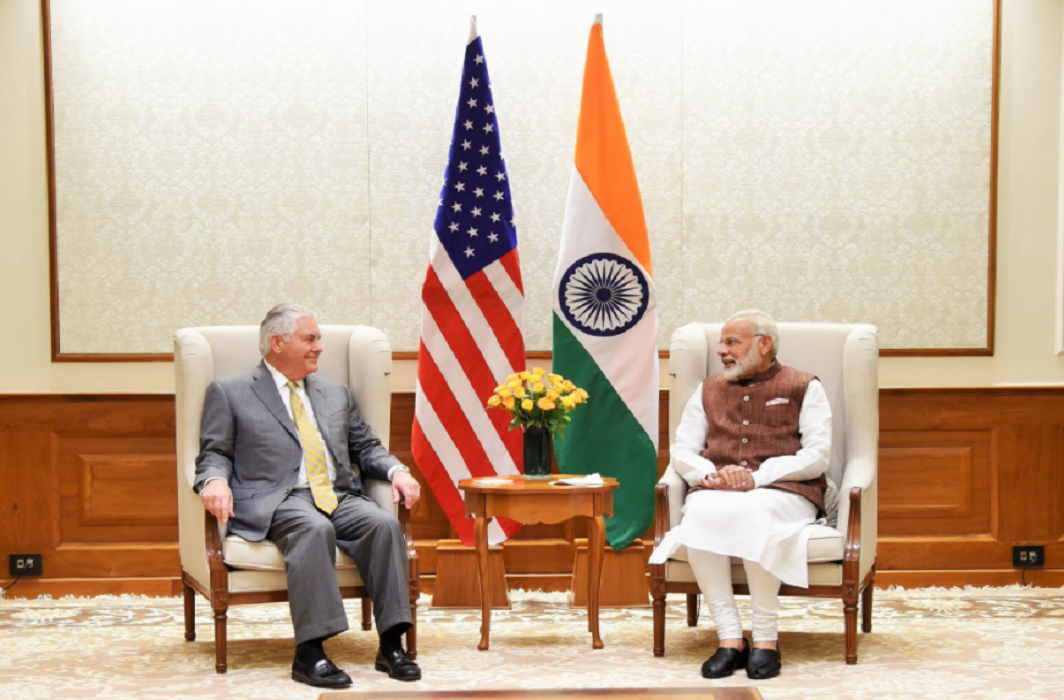 US and India have decided to strengthen their strategic partnership in key areas, not just for mutual benefit but to leave significant impact on the prospects for regional and global stability and prosperity.

During the meeting, PM Modi and Tillerson affirmed that strengthening India-US partnership is not just of mutual benefit to both the countries, but has significant impact on the prospects for regional and global stability and prosperity.

PM Modi also shared Tillerson’s resolve for taking further steps in the direction of accelerating and strengthening the content, pace and scope of the bilateral engagement.

While discussing the President Trump’s new South Asia Policy, PM Modi noted the common objectives of eradicating terrorism, their infrastructure, safe havens for bringing stability in Afghanistan. Both sides agreed for stepping up cooperation in combating the evil in all its forms.

Tillerson had expressed US readiness to provide the best technology for India’s military modernization and supported it’s emergence as a leading power in the region.

Afghanistan President Ashraf Ghani was in New Delhi on one-day working visit on Tuesday and held meetings with Minister of External Affairs Sushma Swaraj and PM Modi. Tillerson was in Kabul on Monday where he remained at Bagram Military airport and met Ashraf Ghani and CEO Abdullah Abdullah.

Before coming to India, Tillerson visited Saudi Arabia, Qatar, Iraq, Afghanistan and Pakistan. His mediation efforts between Saudi Arabia and Qatar did not work as he failed to convince to start direct dialogue with Doha to resolve the months-old crisis. His statement on “foreign fighters” in Iraq was also rejected by Iraqi PM asking “not to intervene” in their internal affairs and not to decide “what the Iraqis should do.”