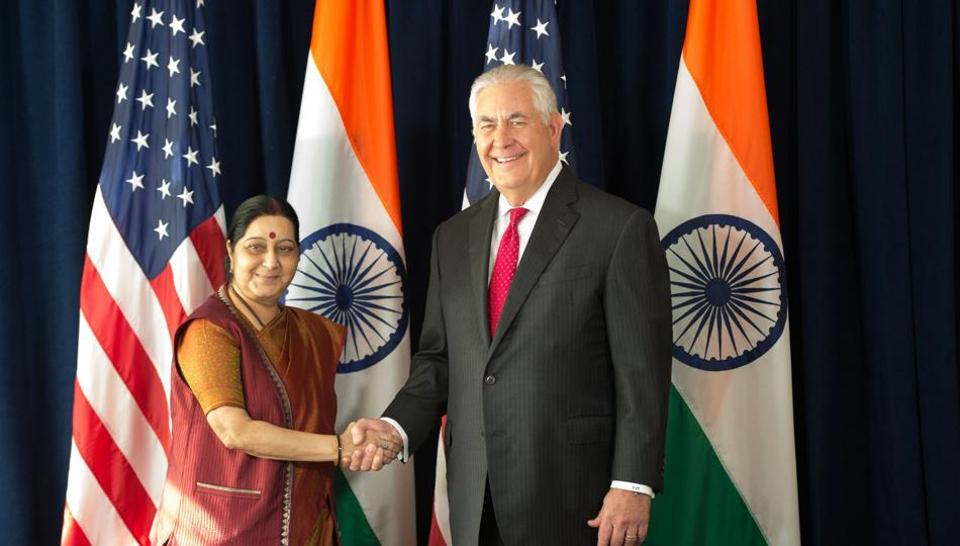 US Administration has expressed desire to “dramatically deepen” cooperation with India and to see New Delhi as a key partner in the face of negative Chinese influence in the region.

Secretary of State Rex Tillerson, while speaking on “Defining Our Relationship with India for the Next Century” at a Washington based think tank said on Wednesday, that US has begun to discuss crating alternatives to Chinese infrastructure financing in Asia. He further said that Washington saw room to invite others, including Australia, to join US-India-Japan security cooperation.

Rex Tillerson is to visit New Delhi and Islamabad next week. This would be his first visit to the region as Secretary of State. Department of State has announced New Delhi’s visit while dates for Islamabad visit have not been announced yet. However, US officials say that Tillerson’s Islamabad visit will be part of implementing Donald Trump’s South Asia strategy.

Tillerson said, “President Trump and Prime Minister Modi are committed, more than any other leaders before them, to building an ambitious partnership that benefits not only our two great democracies, but other sovereign nations working toward greater peace and stability.”

“India and the United States should be in the business of equipping other countries to defend their sovereignty, build greater connectivity, and have a louder voice in a regional architecture that promotes their interests and develops their economies,” Tillerson said.

“The United States seeks constructive relations with China, but we will not shrink from China’s challenges to the rules-based order and where China subverts the sovereignty of neighboring countries and disadvantages the U.S. and our friends,” he added.

Tillerson, while describing growing ties between the US and India, said, “As our economies grow closer, we find more opportunities for prosperity for our people. More than 600 American companies operate in India. U.S. foreign direct investment has jumped by 500 percent in the past two years alone. And last year, our bilateral trade hit a record of roughly $115 billion, a number we plan to increase.”

On defence cooperation Tillerson said, “In keeping with India’s status as a Major Defense Partner – a status overwhelmingly endorsed last year by the U.S. Congress – and our mutual interest in expanding maritime cooperation, the Trump administration has offered a menu of defense options for India’s consideration, including the Guardian UAV. We value the role India can play in global security and stability and are prepared to ensure they have even greater capabilities.”

India is buying the Guardian Unmanned Aerial Vehicles (UAV’s) to keep watch over the Indian Ocean. India would be first country buying such UAVs out of NATO allies.

Applauding US-India efforts against terrorism, Tillerson said, “In July, I signed the designation of Hizbul Mujahideen as a Foreign Terrorist Organization because the United States and India stand shoulder-to-shoulder against terrorism.”

Without naming Pakistan he said, “States that use terror as an instrument of policy will only see their international reputation and standing diminish. It is the obligation, not the choice, of every civilized nation to combat the scourge of terrorism. The United States and India are leading this effort in that region.”

CNBC, while quoting unnamed source at the State Department said that US decision to expand relations with India almost certainly will upset India’s rival, Pakistan where he will stop next week.