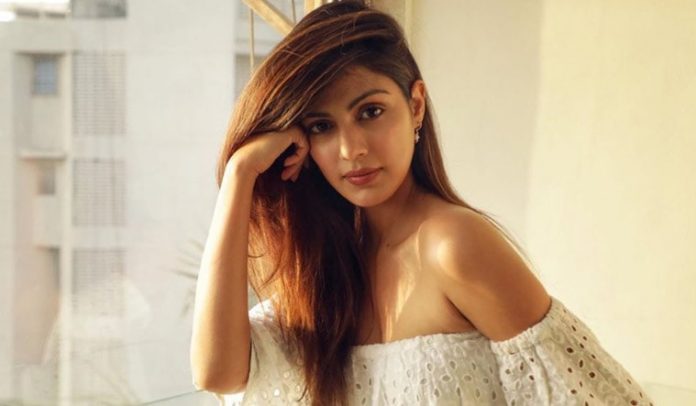 Actor Rhea Chakraborty was shifted to Mumbai’s Byculla jail on Wednesday morning after a Mumbai court rejected her bail plea last night and sent her to Narcotics Control Bureau (NCB) custody for 14 days in a video hearing.

After 3 days of grilling, the 28-year-old actor was arrested by NCB on Tuesday for allegedly procuring drugs for deceased actor Sushant Singh Rajput whose death is being investigated by the CBI.

Reports said Chakraborty spent Tuesday night at the NCB office. The actor is expected to file for bail after Tuesday’s plea was rejected and she was sent to jail till September 22.

The Byculla jail is the prison for women undertrials and inmates in Mumbai. The jail currently has high-profile inmates including Sheena Bora murder accused Indrani Mukerjea and activist Sudha Bhardwaj arrested in the Elgaar Parishad case, which is linked to the Bhima Koregaon case.

Chakraborty has been held under various charges under the Narcotics Drugs and Psychotropic Substances Act, 1985, which could lead to up to 10 years in prison. However, there is no mention in court documents of her using drugs, said reports.

Late last night, following the rejection of Chakraborty’s bail plea, her father Indrajit Chakraborty expressed his disappointment and anger on Twitter. A retired Lieutenant Colonel, Chakraborty said no father can bear the injustice meted out to his daughter and that he should die. He said the entire country wants to see her in jail without any proof.

On the other hand, Chakraborty’s arrest found its echo on Twitter where many from the film fraternity decried the witch-hunt and media trail. Actors Sonam Kapoor, Taapsee Pannu, Vidya Balan, Shabana Azmi, Farhan Akhtar, directors Anurag Kashyap and Zoya Akhtar were among others who expressed solidarity with Chakraborty.

Actor Sushant Singh Rajput was found dead in his Mumbai apartment on June 14. The case surrounding the death by suicide is being probed by the Central Bureau of Investigation, the Enforcement Directorate, apart from the NCB, which is probing the drugs angle.