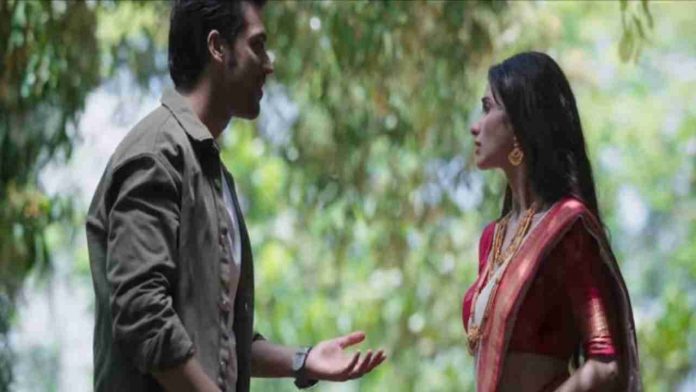 Jubin Nautiyal’s romantic track Rim Jhim featuring TV sensation Parth Samthaan and Diksha Singh is finally out on Monday. The song has been composed by Ami Mishra and penned by Kunaal Vermaa.

Rim Jhim is out on the official YouTube channel of T-Series. In less than 2 hours of its release, the song has garnered more than 1 million views and 184k likes. The song marks the first collaboration of Parth and Diksha.

Sharing the song on his Instagram handle, Parth wrote, “#RimJhim is out with harmonious tunes that will melt your hearts right away! Tune in now.”

The song starts with a scene near a railway track. Heartbroken and aloof Diksha can be seen walking on a railway track in a bridal get-up. Parth, who plays a photographer, is waiting by the track to capture a tunnel shot. He spots Diksha and saves her life. Diksha reveals that the love of her life left her heartbroken on the wedding day. Parth asks her to spend 6 hours with him and then he would drop him at the railway track.

Rim Jhim gives glimpses of Parth and Diksha spending fun and romantic moments with each other. In the end, Diksha falls in love with the man who saved her life. Well, the plot of the song might look unrealistic. However, Jubin’s soothing voice has balanced it amazingly.

As soon as the song was out, Parth and Diksha fans were quick enough to share their reactions to the romantic song. Tweeple loved the intense chemistry between the TV actors. One user wrote, “A soft mellifluous lullaby of love that enchants. He’s the LIFE of it all, literally! A soulful journey of the HEART in 5 mins-adorable satire, tender smiles, budding emotions, intense “pulls”- WIZARD you, U awe in EVERY frame! Poetry in motion!”

For those who don’t know, Diksha Singh was one of the contestants of Miss India 2015. She also contested for the District Panchayat Elections from Ward No. 26 of Baksha Development Block of Uttar Pradesh’s Jaunpur district. In 2020, she appeared in Darshan Raval’s music video, Teri Aankhon Mein.