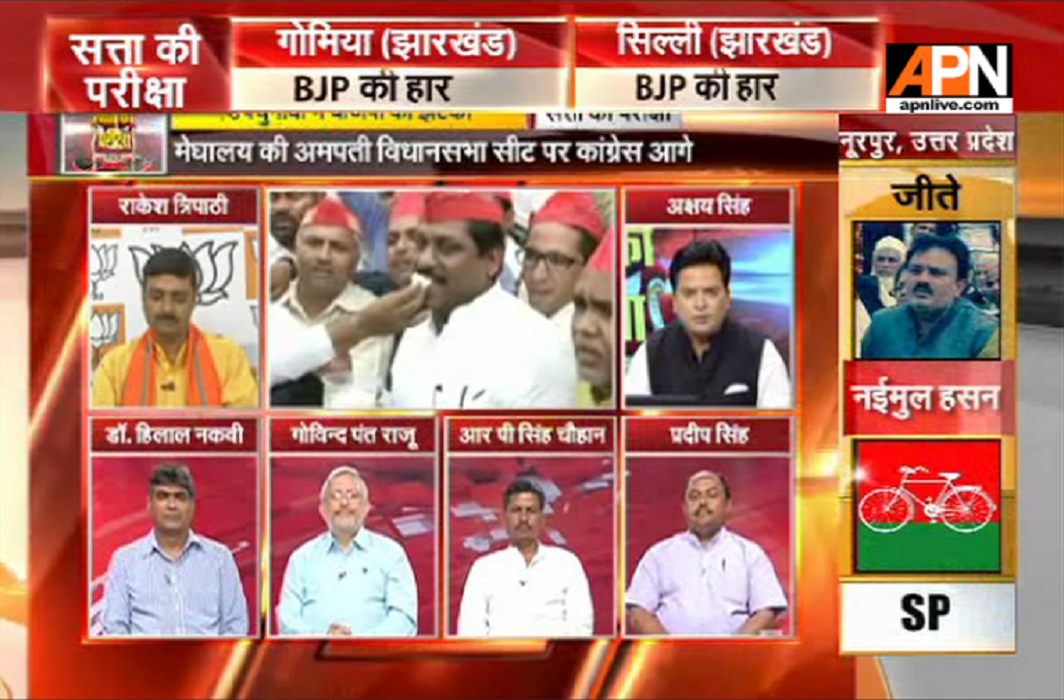 Opposition manipulated the people in believing the government has failed them, says BJP

Rashtriya Lok Dal (RLD) candidate Tabassum Hasan was leading by 49,000 votes against her nearest BJP rival Mriganka Singh in the Kairana Lok Sabha bypoll. Hasan was supported by the Congress, Samajwadi Party and Bahujan Samaj Party. The Election Commission had ordered re-polling after receiving complaints of technical glitches in EVM-VVPAT machines during the by-election on Monday. The by-election to the Kairana seat was held as it fell vacant following the death of BJP MP Hukum Singh. His daughter Mriganka Singh is the BJP’s candidate. In Noorpur, too, Samajwadi Party candidate Naeemul Hasan won by 6,211 votes defeating BJP’s Avni Singh. This defeat speaks a lot about the threat that BJP faces from the united opposition in the 2019 elections.

Rakesh Tripathi said: “BJP will analyse the reasons for this defeat, try to understand which government scheme failed and what shall be done in the future. The Opposition manipulated the people in believing that the government has failed them. We will see a change in the behaviour and in the language of the people before the upcoming 2019 elections. If there is something that BJP lacks, we will solve it.” He further said that, what the present government has done for the sugarcane farmers, no one has done before.

Pradip Singh said—what the centre could not do in four years Uttar Pradesh has done in one year—defeat the BJP. He said: “If BJP wants the desired results, they should fulfill all the promises. We will fight the 2019 elections united.”

RP Singh Chauhan said the BJP thinks it can rule the country through words. He added: “Sugarcane and potato are the two main issues of the state. They have done nothing to ease their loans as promised. Instead the farmers had to pay an extra interest of 14-15 percent because of them. The same is with the case of unemployment. Instead of creating two crore jobs they tried to do away with four lakh jobs. The people have rejected this government of lies and fraud.”

Hilal Naqvi also said that the BJP lost because they could not fulfill any of their promises.

Govind Pant Raju said this is a warning for BJP. He said: “The Kairana election results puts forward the question of a grand alliance. If RLD has won one seat, then it can safely be said that RLD will be able to secure 3-4 seats in the 2019 elections.” He also said that Congress will be in trouble if it goes on with its attitude of fighting battles single-handedly.