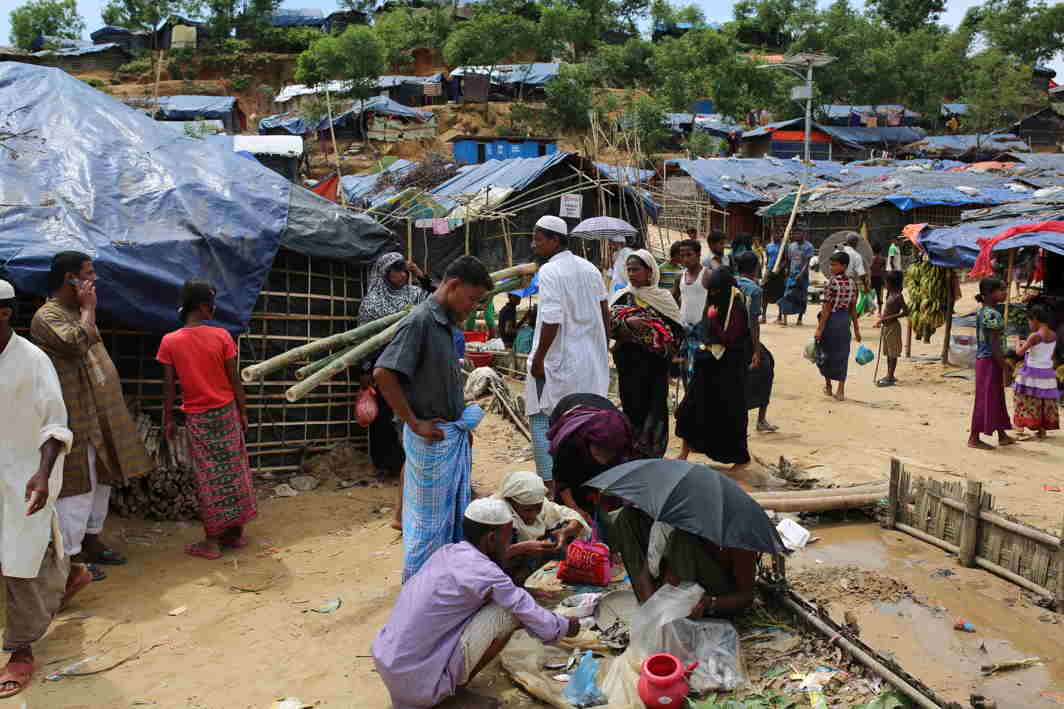 The Bangladesh Foreign Secretary stated that since Myanmar created the problem, it’s only them who can find a solution to it.


Over-burdened with over half a million Rohingya refugees from Myanmar seeking shelter in Bangladesh, the country’s Foreign Secretary, Shahidul Haque on Friday said that the immigration of the minority Muslims from the Buddhist-dominated country cannot end the on-going crisis. The Bangladesh Foreign Secretary further stated that since Myanmar created the problem, it’s only they who can find a solution to it.

Addressing a press conference in Dhaka, Haque said, “Our position is very clear. The problem has been created in Myanmar and solution has to be found in Myanmar.”

However, Haque clarified that Bangladesh was willing to cooperate with Myanmar but at the same time wanted the refugees to “go back as soon as possible”. As reported by ANI, he said “They (Myanmar) have shown initial interest to take back their own residents. The modalities are being worked out.”

Earlier on October 2, during a talk with Bangladesh foreign minister AH Mahmood Ali, Myanmar asserted it will take back hundreds of thousands of Rohingya Muslims who crossed the border to enter the neighboring country. To add to it, Haque said that Bangladesh had given a written proposal to Myanmar on the repatriation of the immigrants.

With the number of refugees seeking shelter in Bangladesh exceeding 500,000, the Bangladesh government on Thursday declared its decision to identify the Rohingyas as “forcefully displaced Myanmar citizens”.

In one of the major exodus in recent times, more than half a million Rohingya Muslims have arrived in Bangladesh since August 25, to escape getting victimized of the ongoing ethnic unrest in the Rakhine state of Myanmar. Last month, Bangladesh government said it will be building 14,000 new shelters to accommodate the hundreds of thousands of immigrants camping on roadside, in fields and on hills. According to Bangladesh authorities, the country would be building a massive camp on a 2,000 acre land in Kutupalong of Cox’s Bazar district.

To provide further assistance for the accommodation of the refugees, Bangladesh, on Thursday, said that in addition to the previously allocated lands for the refugees in Kutupalong and Bulakhali, the government will allocate another 100 acres to build temporary shelters.