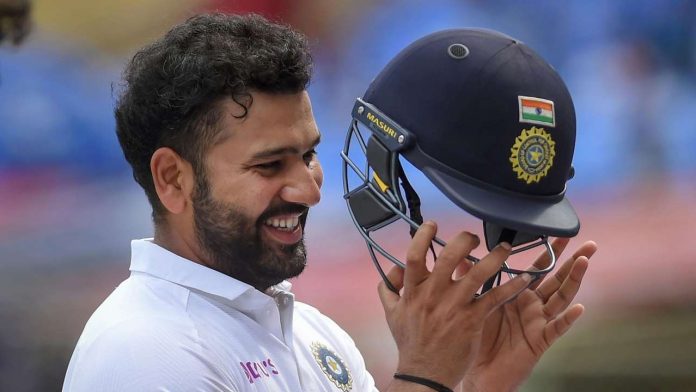 Indian T20 captain Rohit Sharma is all set to replace his camaraderie Ajinkya Rahane as the Test vice-captain on South Africa tour. Rohit is currently on rest and will travel with the team for South Africa tour, where India is supposed to play 3 Tests and 3 ODIs matches. The India tour of South Africa is likely to start on December 26, delayed by a week due to scare of new Covid variant Omicron.

Ajinkya Rahane who is vice-captain of the Test team for 4-5 years, has led the Indian team to some remarkable victories, including the first-ever test match series against Australia. Rahane has captained the Indian team on various occasions due to the unavailability of regular captain Virat Kohli.

In Rahane’s captaincy, the Indian team have never lost any matches in test cricket. But due to his recent performances in recent times, he might not be the part of the team for the South Africa tour and in his absence, Rohit Sharma might be named the vice-captain of the test team.

Read Also: Happy Indian Navy Day 2021: From Pardeep Singh to Kalyani Sen, heroes of Indian Navy you should know about

On the other hand, Indian T20I and Mumbai Indian skipper Rohit Sharma has every quality to be in a leadership role. Rohit in his captaincy has led Mumbai Indians to a record five times to the title and while captaining the Indian team on multiple occasions, Rohit has won Asia Cup, Nihadas Trophy and the recent clean-sweep against New Zealand in the home T20 series.

Earlier in November, Virat Kohli had resigned from the role of captaincy in T20 cricket, after the poor performance in the 2021 World cup, including a disaster against Pakistan. After that Rohit Sharma assumed the charge in T20 cricket.