Home Latest world news Rouhani: US to face “historic regret” for pulling out of n-deal 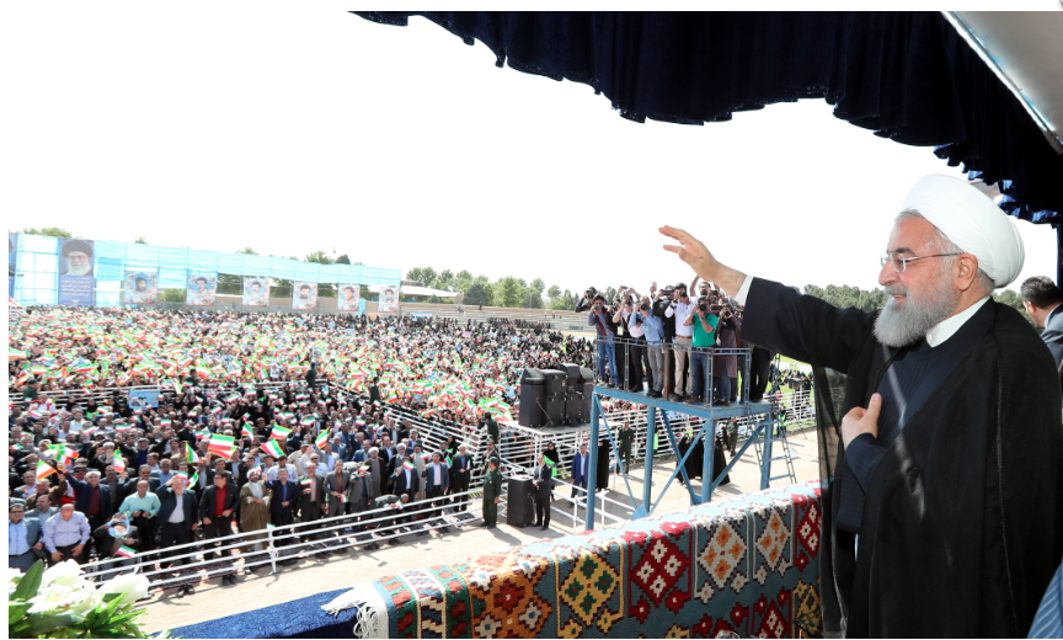 Amidst rising tension among the signatories of JCPOA due to US President Donald Trump’s threat of withdrawing from the deal on May 12,  Iran’s President Hassan Rouhani has said that the US will face “historic regret” if it pulls out of the 2015 nuclear deal, assuring that his country has plans to counter any fallout from Trump’s decision.

While addressing a public meeting in Sabzvar in north-east Iran, on Sunday, Rouhani said “If the United States opts to pull out of the JCPOA, you will soon see the historic remorse which the move will bring about for Washington”. The speech was covered live by the state TV.

Rouhani said that he had directed related bodies months before to devise necessary measures in response to Trump’s threat to abandon the JCPOA. “Necessary directives have been given to related organisations and the Atomic Energy Organization of Iran [to proceed in case of withdrawal]. Out path is clear. The economic sector has also received the necessary orders”.

Iranian President criticised at “American and Zionist (Israeli) propaganda against the great and brave nation of Iran which has resisted all along during big and decisive” times.

US President Donald Trump has called the JCPOA, negotiated during Barack Obama administration, the “worst deal ever” and threatened to tear it-up. He had given European signatories of the agreement until May 12 to fix what he has claimed “flaws” in the deal or would refuse to waive anti-Iran sanctions, which were lifted in January 2016.

Earlier on Thursday, Iran’s Foreign Minister Javad Zarif said that his country will not be bullied into renegotiating the multilateral deal that was years in the making.  “Iran stands firm in the face of futile attempts at bullying,” he said. Apart from Iranian official media, Zarif’s recorded message was also circulated through social media around the globe.

He said, “If the US continues to violate the agreement, or if it withdraws altogether, we will exercise our right to respond in a manner of our choosing. He also rejected efforts to renegotiate the deal, saying: “We will neither outsource our security, nor will we renegotiate or add on to a deal we have already implemented in good faith.”

Zarif added that the US “will have to accept responsibility” for the consequences of not honouring its commitment to the deal.

Earlier, Iran’s ambassador to the United Kingdom, Hamid Baeidinejad, said Tehran is “ready to go back to the previous situation” if Washington ditches the deal. The statement came during a CNN exclusive interview conducted in London by its veteran Iran-born journalist Christiane Amanpour.

In April, senior Iranian cabinet officials warned that the country could ramp its uranium enrichment to 20 percent on short notice, if the US withdraws from the nuclear agreement.

The Iran nuclear deal was signed, after a long discussion spread over two years, on 14 July 2015 between Iran and P5+1 (five UNSC permanent member countries plus Germany)  in Vienna and was implemented on 16 January 2016.