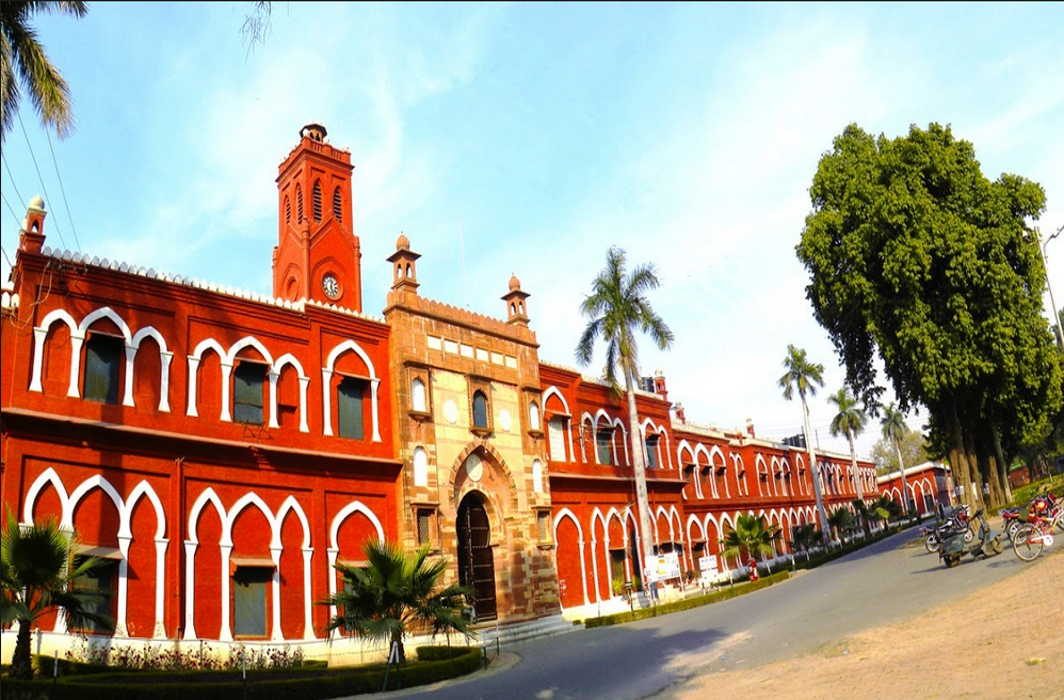 BJP MP from Aligarh Satish Gautam has sought an explanation from Aligarh Muslim University (AMU) why it displays a portrait of Muhammad Ali Jinnah.

Gautam wrote to AMU vice chancellor (VC) Tariq Mansoor on Monday, April 30, saying he had come to know that there is a portrait of Pakistan’s founder MA Jinnah in AMU but he did not know in which department of the university was it displayed and for what reasons.

He asked the AMU VC to provide all details about this and also state reasons why the university felt compelled to have Jinnah’s portrait when the entire world knew that Jinnah was the chief architect of Partitioning of India and Pakistan and Pakistan was continuing to indulge in undesirable activities.

“It is fine if Jinnah has been revered in Pakistan after Partition. But his portrait should not be put up here in India,” said Aligarh MP Gautam, reported News18.

“The university should instead celebrate the contributions of Raja Mahendra Pratap and Sir Syed Ahmed who played a crucial role in establishing the university,” he added.

According to media reports, AMU spokesman Shafey Kidwai defended the portrait, which has apparently been hanging there for decades, saying that Jinnah was a founder of the university and granted life membership of the student union. Traditionally, photographs of all life members are placed on the walls of the student union, he told PTI.

“Jinnah was also accorded life membership of the AMUSU in 1938. He was the founder member of the University Court in 1920 and also a donor,” the spokesman said.

“He was granted membership before the demand of Pakistan had been raised by the Muslim League,” he said.

The spokesman said no national leader had raised any objection to the photo even after Independence. These included Mahatma Gandhi, Maulana Azad, Sarvepalli Radhakrishnan, C Rajagopalachari, Rajendra Prasad and Jawaharlal Nehru.

Shafey said AMU student union has a long tradition of granting life membership to prominent people in politics, social and educational fields. Their photographs were a part of the rich heritage of undivided India and no one ever thought of raising this issue before, he said.

The first recorded life membership by the student union was the one granted to Mahatma Gandhi on October 29, 1920, he said. This was followed by a long list of luminaries including Rajagopalachari, Nehru, Sarojini Naidu, CV Raman and British writer EM Forster, he said.

Before this row broke out, last week, the AMU VC received a letter from an ‘RSS activist’ Amir Rasheed seeking his permission to organise a RSS ‘shakha’ on the campus.

AMU spokesperson Kidwai said, “The University is not considering any proposal for allowing any camp or shakha organised by any political party.”

“We have a tradition of not allowing political parties to put up their candidates either for contesting the Students’ Union polls or the Teachers’ Association elections,” he said. He said AMU had no intention of allowing any direct intervention of political parties inside the campus.

AMU was not under any sort of pressure from any government agency, he added.

He said the student union enjoyed a certain autonomy within the legal framework of the University’s constitution as enshrined by an Act of Parliament.

“No Vice-Chancellor or governing body has ever tried to infringe upon such rights and hence, while we may have different views from the student union on many matters, the AMU authorities have always tried to avoid directly intervening in their matters,” he added.

Reacting to the BJP MP’s letter, AMUSU president Mashkoor Ahmad Usmani said that the portrait of Jinnah was installed in 1938, reported The Financial Express (FE). He said that Jinnah was honoured with a life time membership of the student union before 1947.

Former AMUSU president Faizal Hassan argued on the same lines, saying that the portrait was installed much before the partition but added that if the government passes any order regarding removal of the picture, the administration will surely take it into consideration.

BJP MP Subramanian Swamy jumped in to back Satish Gautam. “We have removed all British viceroys photos from Rashtrapati Bhavan, removed statues… names of roads like Auranzeb have been renamed… His (Jinnah) own daughter had said that she can’t accept an idiotic concept of Pakistan,” he told Times Now.

He added that arguments that AMU is self-governed and has own set of principles are fine but “they are taking money from the government and they have to live within the national ethos. Yes it has an internal curriculum… but when it comes to national interest, better comply with it,” he said.