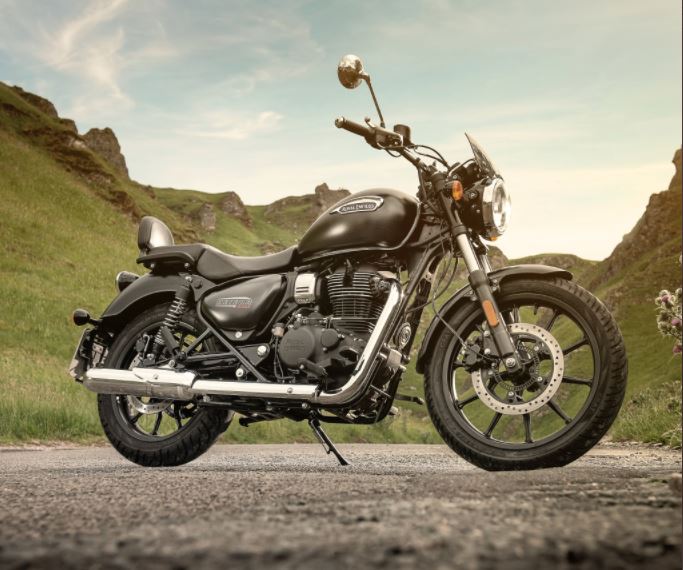 Royal Enfield had recently launched one of the most awaited bikes of the year, the Meteor 350 in India on November 6. The manufacturer has stepped up its game in term of performance of the bike and improvement in design. Reports said the bike was launched in Thailand on Friday.

Just before the Meteor came out, Honda launched the H’ness CB350 in India recently. The way it’s built, the retro H’ness CB350 looks like a challenger to the throne occupied by Royal Enfield for aeons. But will it be able to tackle the Meteor 350? Automobile journalists have oohed and aahed and omigosh-ed over the bike for its new technology.

The Royal Enfield’s Meteor 350 comes in an all-new dual cradle frame instead of the single-frame unit which was seen on the Thunderbird X. The motorcycle is larger with a longer wheelbase and better ground clearance.

Here are details of both the bikes, their prices, features, and specifications, etc.

Obviously, Meteor 350 looks cheaper than the H’ness CB350. Along with that, Royal Enfield is giving more features as compared to the H’ness, but Honda has thought this through. It has a powerful engine and is offering a smoother clutch and downshifts in emergencies become easy because of the slipper clutch.

The Meteor 350 cruiser has an analog speedometer and a digital display which tells important things like how much fuel is left, what time it is and what gear you’re in.

The smaller display on the right is Royal Enfield’s new Tripper navigation system, where a rider can pair one’s smartphone with the instrument console. Once done, the console will reflect turn-by-turn navigation indication as well as the distance. This handy thing is called the Tripper, you know, the trips you will make on the Meteor. If you decide not to use the Tripper Navigation, this display will simply show you the time. Meteor 350 also has a USB port.

The Royal Enfield Meteor 350 has a new 349 cc, single-cylinder, 4-stroke, air-oil-cooled, electronic fuel injection engine that develops 20.2 bhp of maximum power and 27 Nm of peak torque. The engine is paired with a 5-speed transmission which gives the rider a sporty riding experience. The alloy wheels (19-inch front and 17-inch rear) are standard and have tubeless tyres. It comes with disc brakes both at the front (300mm) and rear (270mm) with dual-channel ABS.

As for the Honda H’ness, it has a 348.4 cc, air-cooled, single-cylinder motor. This power plant belts out 21.07 PS and 30 Nm, which is more than the Meteor. Apart from this, the H’ness has a slip-and-assist clutch, along with a torque control system (which prevents the rear wheel from slipping), which makes it a much easier bike to ride for newbies. Honda has also given the H’ness a thumping exhaust note, making it a proper rival to the Royal Enfield motorcycles.

Facebook
Twitter
Pinterest
WhatsApp
Previous articleDNA test to be conducted on 3-year-old labrador to establish ownership in Madhya Pradesh
Next articleCovid raging: Haridwar gears up for Kumbh Mela in January 2021