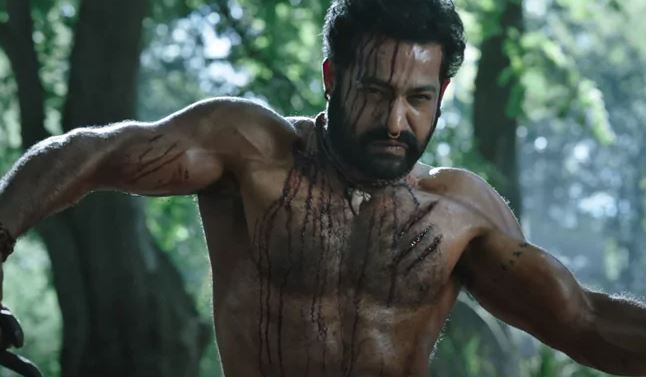 Telugu film director SS Rajamouli on Thursday released a new teaser of his upcoming movie Roudram Ranam Rudhiram (RRR). The special teaser introduces Nandamuri Taraka Rama Rao aka Jr NTR’s character Komaram Bheem in the film. The makers of the movie wanted to release the teaser on the 37th birthday of Jr NTR’s on May 20 this year but due to the Covid-19 pandemic outbreak, they couldn’t complete work on that teaser and moved the release date.

SS Rajamouli’s action thriller which is made on a budget of Rs 300 crore has left no stone unturned to make RRR an international film in terms of graphics, visual effects. Rajamouli has cast British actor Olivia Morris, Hollywood actor Ray Stevenson, Irish actor Alison Doody to play important roles in the movie along with actor Alia Bhatt and Ajay Devgn.

The film is based on a tale about two warriors, Alluri Seetharamaraju and Komaram Bheem, and about their journey away from their home before they started fighting for their country in the 1920s. It will be interesting to see two Telugu tribal leaders of different regions, who were born in the same period, disappeared for a few years from their native villages, and took up arms for the rights of their people when they returned and later attained martyrdom fighting British rule.

Rajamouli had said earlier about the Komaram Bheem character that he had no formal education and left his village at a very young age and came back as an educated person in his village. He also fought against the Nizam’s rule for tribal rights. He employed guerilla warfare and died at the hands of the British, Rajamouli added.

Jr NTR ‘s fans are showering their love towards his first look in the movie. The Telugu superstar has been trending on Twitter since morning with the hashtags #RamarajuForBheem and #BheemFirstLook.