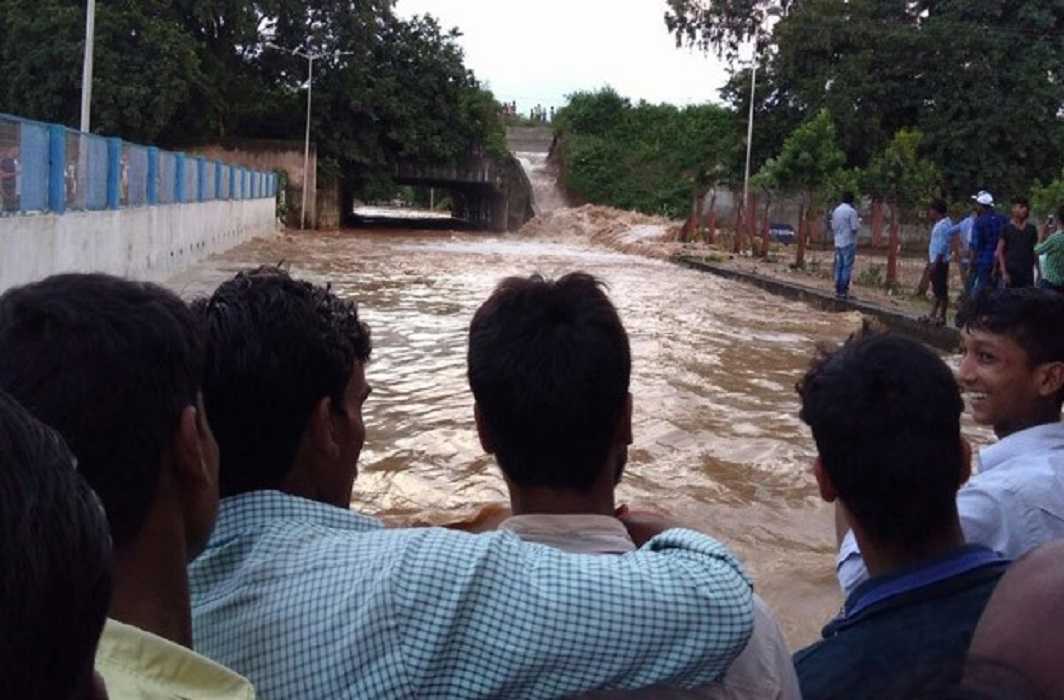 The 60-km Bateshwar Sthan pump canal project, originating from Ganga at Kahalgaon, was ‘completed’ 40 years after its construction began in 1977

A day before Bihar chief minister was set to inaugurate it amid much pomp and show, a portion of a Rs 389 crore dam built in the state’s Bhagalpur district after a 40-year- long wait collapsed, on Tuesday, during its trial run flooding several parts of the district. The incident has prompted allegations of corruption by RJD leader and former deputy chief minister Tejashwi Yadav in the construction of the dam.

The dam’s collapse predictably left chief minister Nitish Kumar embarrassed as his office informed the media late on Tuesday evening that the inauguration of the Bateshwar Sthan Ganga Pump Canal Project was being cancelled due to “technical reasons”. Earlier in the day almost all leading newspapers in the state had carried huge advertisements announcing the proposed inauguration of the project by Kumar and the state’s water resources and irrigation minister Rajiv Ranjan Singh ‘Lallan’.

The 60-km-long Bateshwar Sthan Ganga Pump Canal Project, construction of which had begun in 1977 with an initial estimated cost of Rs 13.88 crore, is supposed to irrigate 21,700 hectares of land in Bihar and 4,000 hectares in Jharkhand. Neglected by successive state governments, as a result of which its construction cost rose from the initial estimate of Rs 13.88 crore to Rs 389 crore, the dam is equipped with 12 high-capacity water pumps which if started simultaneously, can release 260 cusecs of water per second into the canal.

However, on Tuesday, as officials started five of the 12 pumps in order to fill the canal and prepare it for the grand launch scheduled for a day later, one side of the dam’s embankment collapsed completely soon after water from the river Ganga crashed into its walls. The water gushed into the adjoining Kahalgaon village, and the NTPC township which is part of a thermal power project. Local media reports said the homes of the civil judge and sub-judge of Kahalgaon were also inundated.

While officials in the water resources department claimed that an inquiry had been ordered in the matter and called the cave-in a “collective responsibility”, the state’s principal opposition party, Lalu Prasad Yadav’s Rashtriya Janata Dal (RJD) went on the offensive against the Kumar government.

Taking a swipe at the Kumar government, former deputy chief minister Tejashwi Yadav also wondered if the state government would now blame rats for eating into the dam’s embankments.