After her win, Rubina did a quick Instagram live for her fans and thanked them for their support. 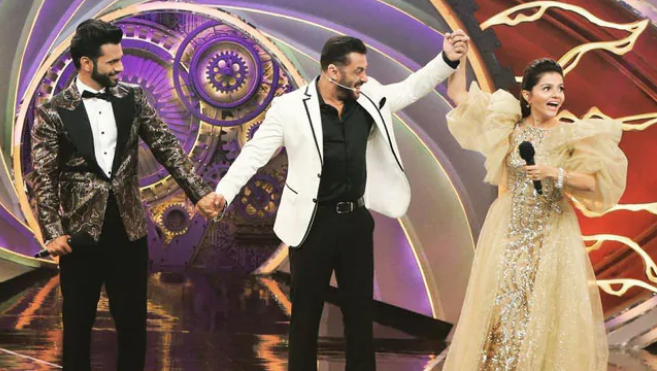 Popular reality show Bigg Boss 14 finally came to an end on Sunday with TV actor Rubina Dilaik lifting the trophy. Singer Raihul Vaidya was the runner-up based on audience’s votes. Others in contention for trophy were Rakhi Sawant, Nikki Tamboli and Aly Goni.

After her win, Rubina did a quick Instagram live for her fans and thanked them for their support. She said she was short of words to express her happiness and will meet them once again on Instagram. Dilaik said she was unable to believe that her dream had turned into reality.

Bigg Boss 14’s grand finale was a three-hour long affair and saw performances by five finalists, host Salman Khana and Nora Fatehi among others. the TV actor, who was loved for her strong opinions on the reality show, beat Rahul Vaidya to walk away with the Bigg Boss trophy and a cheque of Rs 36 lakh.

Rubina Dilaik had entered the show with husband Abhinav Shukla at a time their marriage was on the rocks and the couple was heading for divorce. Dilaik revealed they were facing compatibility issues and decided to participate in the show to give second chance to their marriage.

Following his exit, Shukla said their bond had strengthened inside the house and after seeing fights in Bigg Boss house, they figured the issues they used to fight on were so trivial. The couple always stood for each other despite their fight even inside the house.

Abhinav had re-entered the house on the occasion of Valentine’s Day and asked Rubina to marry her once again. He told her he was really proud of her and even saluted her.