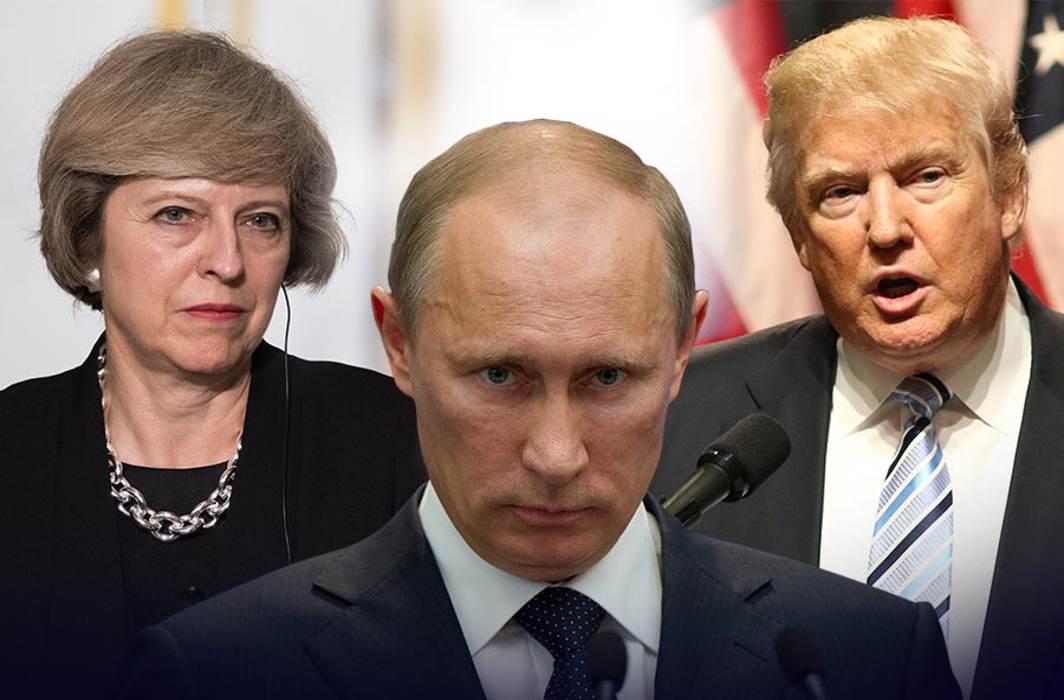 The ongoing diplomatic tussle between Russia and US, which was triggered after alleged poisoning of a former spy Sergei Skripal and his daughters in UK by nerve gas agent, is being expanded on each passing day.

Friday witnessed US Treasury Department announcing new sanctions against seven Russian oligarchs and several government officials and business entities. Russians have called the sanctions against businesses a result of their refusal to Washington’s scenario.

Reacting to the US move, Russian embassy in Washington, in a statement on Friday said, “Washington has delivered yet another blow on the Russian-US relations. Now, the sanctions cover captains of Russian business who refuse to play to Washington’s scenario.”

It said that the US sanctions are seen as an erroneous step killing the freedom of enterprise and competition and impairing integration processes in the global economy.

“The United States has made yet another erroneous step to destroy the freedom of enterprise and competition, to impair integration processes in the global economy,” the embassy said.

The Assets of all 24 people from Russia and 15 organisations that fall under the US sanctions and under jurisdiction have been blocked and American entities are banned from dealing with them.
The US Department of Treasury announced the sanctions against the Russian business entities, individuals and government officials for their alleged “worldwide malign activity”.

“Russian oligarchs and elites who profit from this corrupt system will no longer be insulated from the consequences of their government’s destabilising activities,” a statement from the treasury department said on Friday.

“The Russian government engages in a range of malign activity around the globe, including continuing to occupy Crimea and instigate violence in eastern Ukraine, supplying the Assad regime with material and weaponry as they bomb their own civilians, attempting to subvert Western democracies and malicious cyber activities,” it added.

Washington’s move against the Russian business houses and individuals would mean that their assets will be frozen in the US, while Americans will be blocked from doing business with them.

The United States’ new anti-Russian sanctions cover those biggest Russian businesses that refuse to play to Washington’s scenario, the Russian embassy in the United States said in a statement on Friday.

“Washington has delivered yet another blow on the Russian-US relations. Now, the sanctions cover captains of Russian business who refuse to play to Washington’s scenario,” the embassy said.

The assets of all 24 people from Russia and 15 various organizations that fall under the US sanctions and under US jurisdiction have been blocked, and American entities are banned from dealing with them, according to the US Treasury Department.

Following the alleged murder attempt of Skripals by nerve agent on British soil, UK government had expelled 23 diplomats from London which was reciprocated by Russian Foreign Ministry with expulsion of similar number of British diplomats.

US administration also expressed solidarity with UK by expelling 60 Russian diplomats from its soil. Moscow took similar step against US diplomats. More than 20 other countries, including NATO members also expelled a large number of Russian diplomats.