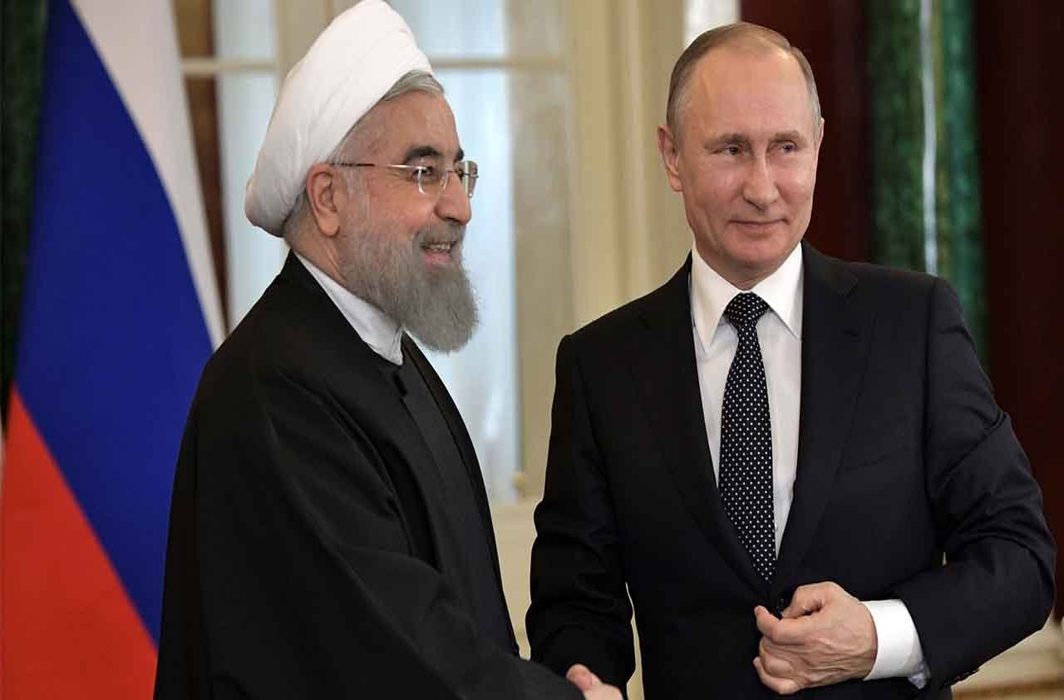 Trump to announce his words on JCPOA on May 12

Amidst mounting pressure from US President Donlad Trump of pulling out of the landmark multilateral Iran nuclear deal when he announces his decision on May 12, Russia and China have jointly reiterated their support for the 2015 deal known as JCPOA.

The two countries issued a joint statement on Saturday at the Second Session of the Preparatory Committee for the 2020 Review Conference of the Parties to the Treaty on the Non-Proliferation of Nuclear Weapons held in Geneva.

The statement underlined their full support for the effective implementation of the United Nations Security Council approved deal signed between Iran and P5+1 in 2015.

Moscow and Beijing stressed the independent role of the International Atomic Energy Agency (IAEA) in inspecting and monitoring Iran’s nuclear activities. They also emphasized the importance for all parties to the deal to thoroughly adhere to and fully implement their commitments under the nuclear accord.

Earlier Russian head of delegation Vladimir Yermakov, while addressing the Review Committee said, “We strongly insist that continuing faithful and comprehensive implementation of the JCPOA and the UN Security Council resolution 2231 by all states – parties to the nuclear deal without exception meet the interests of the entire global community.”

US President Donald Trump faces a May 12 deadline to decide whether to pull out of the agreement. He has repeatedly warned that he might ultimately terminate the agreement reached under Barack Obama administration.

On January 12, Trump wanted European allies to use the 120-day period to agree to tougher measures and new conditions; otherwise Washington would pull out of the deal.

Under the landmark nuclear agreement, first of its kind, Iran undertook to put limits on its nuclear program in exchange for the removal of nuclear-related sanctions imposed against Tehran.

So far, all other countries who signed the agreement have individually and collectively have criticized Donald Trump’s hostile views, saying the deal is sound and has proven to be functioning.

Recently, French President Emanuel Macron and German Chancellor Angela Markel have met Trump in white House, which was considered to be an exercise to convince US President for not going ahead of his negative attitude towards Iran nuclear deal.

Meanwhile, a senior Russian official has said on Saturday that Moscow will reinforce its relations with Iran in different sectors should the US withdraw from the 2015 nuclear agreement.

According to Tehran based Press  TV, Vladimir Yermakov, head of the Russian Foreign Ministry’s Department of Non-Proliferation and Arms Control, said that US exit from the multilateral deal di not necessarily mean its end, stressing that Moscow would continue to uphold its obligations under the accord, if it was able to and if it was in its interests.

The Russian official has also noted that there was no reason for Iran to pull out of the nuclear pact as it was fully committed to its obligations.

Diwali is just around the corner and people always look for ideas and tips on Google for the whole gifting process. If...
Read more

The deadline for filing income tax returns (ITR) for individual taxpayers for 2019-20 has been extended to December 31, 2020 from the...
Read more