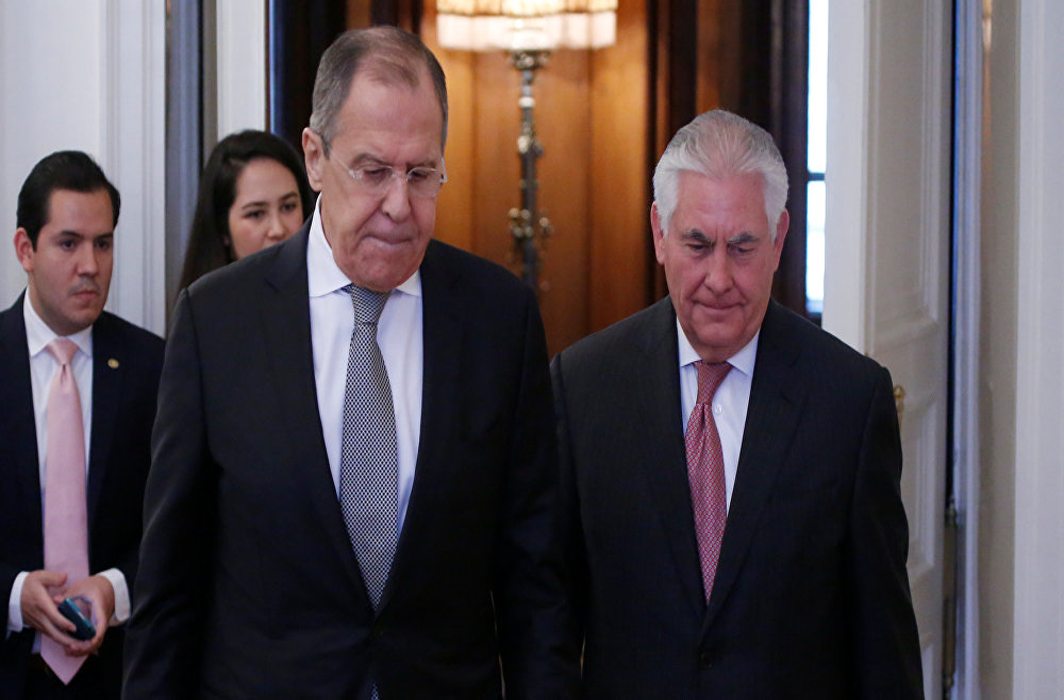 Russian Foreign Minister Sergei Lavrov has censured the US for not taking any serious action against Jabhat Fateh al-Sham militant group, formerly known as al-Nusra Front, as the main source of violence in Syria’s Eastern Ghouta region near Damascus.

According to Press TV, Russian Foreign Minister, while addressing a joint press conference with his Uzbek counterpart Abdulaziz Kamilov in Moscow on Friday said, “Jabhat al-Nusra, which is the main problem in Eastern Ghouta, as I mentioned, is consciously or unconsciously being treated equally with the critics and accusers of the Syrian government. Jabhat al-Nusra is not being toucRussia, US, Syriahed.”

“We still do not have evidence that the coalition led by the United States is viewing Jabhat al-Nusra as a real target. Of course, we draw the attention of our American colleagues to it, but we do not see any effect from our comments,” Lavrov added.

Russian foreign minister’s statement on US inaction against terror group came at a time when Western media has been drumming a campaign saying that Syrian forces were responsible for “human catastrophe” where hundreds of “civilians” were killed. Russia plays important role in providing air shield to the Damascus forces and shells on the terror havens in the country.

Eastern Ghouta has witnessed renewed violence during last few days while terrorists have been mounting repeated mortar attacks on the Syrian capital. Most areas have been recaptured by the government forces from terror groups, Daesh (IS) and Al-Nusra Front being the most dreaded.

The Russian foreign minister has also pointed out to the ceasefire proposal for Eastern Ghouta currently being discussed at the UN Security Council and say that the initiative fails to provide any guarantee that militants will stop the violence.

The 30-day ceasefire plan was drafted by Sweden and Kuwait which is aimed at allowing access to the humanitarian aid and medical evacuations from the besieged Eastern Ghouta.

Lavrov said, “There are [no] answers to the questions of the guarantees that militants will obey this humanitarian pause and that they will not continue shelling the residential districts of Damascus. These guarantees are not given to us.”

On Thursday, Lavrov expressed Moscow’s readiness to consider the ceasefire in Syria, but only “if it does not cover the Daesh, the al-Nusra Front and other terrorist groups that “conduct systematic shelling of the residential quarters of Damascus.”

Russia, Iran, and Turkey have been organizing the Astana talks since January 2017. All three countries have been acting as guarantor states for the peace process.

Russian military intervention in Syria began in September 2015 after an official request by the Syrian government for military aid against anti government rebel groups and Daesh (IS) who captured large swaths of its territory. Iranian military advisors and Hezbollah, the Labanon’s armed group also supported Damascus to defeat these groups.