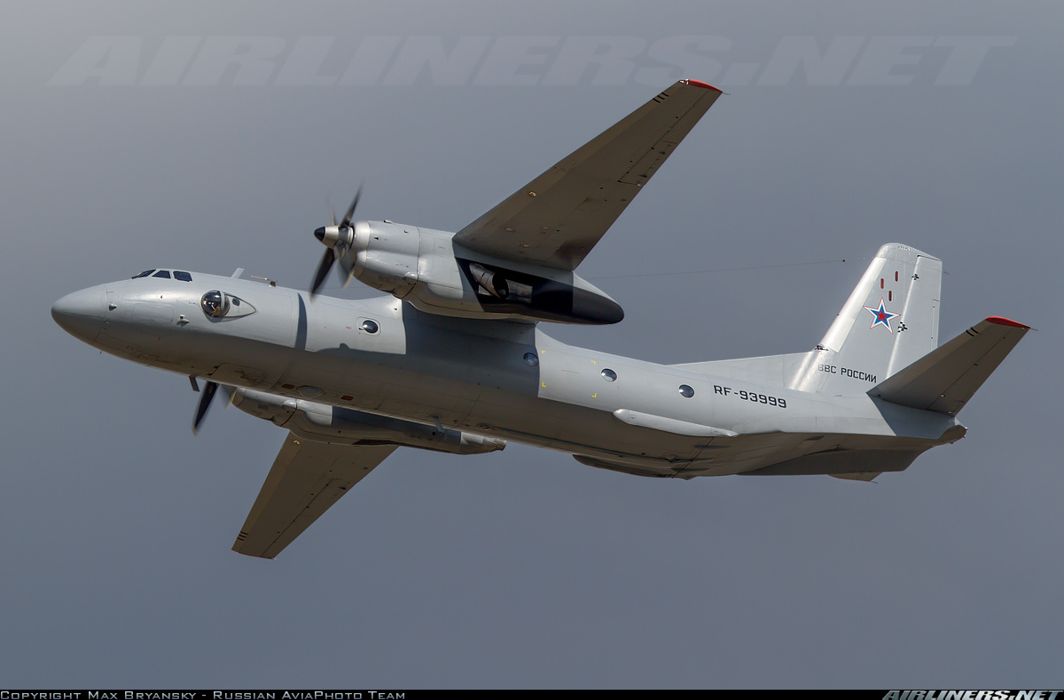 A Russian transport plane Antonov-26 has crashed at Khmeimim airbase in Latakia province of Syria killing all 39 defence personnel on board as Moscow denies of it being shot down. All those killed were Russian military personnel.

The Defence Ministry said in a statement on Tuesday that 33 passengers and six crew members were on board the plane when it crashed when it was landing.

The official statement said “On March 6, Russia’s Antonov-26 transport plane crashed at about 15:00 Moscow time as it was about to land at Hmeimim airdrome… Nobody survived.”

The airbase known as Khmeimim or Hmeimim is used by Russian air force while maintaining its military presence in Syria since late 2015. It also accommodates flights carrying Russia’s humanitarian aid and other cargos to Syria.

Damascus had asked Moscow to intervene in the war on terror in the country. However, US forces, currently based near Afrin and surrounding areas in northern Syria near Turkish border has got neither UN mandate nor invitation from Damascus.

Recently, Russian President Vladimir Putin met his Syrian counterpart Bashar al-Assad and announced part-withdrawal of Russian forces as operation against Daesh (IS) and other anti-Assad groups was ended.

The Russian Defense Ministry said later that it had launched an investigation into the incident, which it said was caused by a technical fault. It said the ill feted plane was crashed about 500 meters from the runway. Hence there was no terrorist incentive involved.

This is the second time an An-26, a military transport aircraft capable of carrying up to 38 passengers and some 5,500 kilograms in cargo, crashes in Syria. A Syria-operated An-26 crashed while landing at the besieged Abu al-Duhur military airport in Idlib in January 2015.