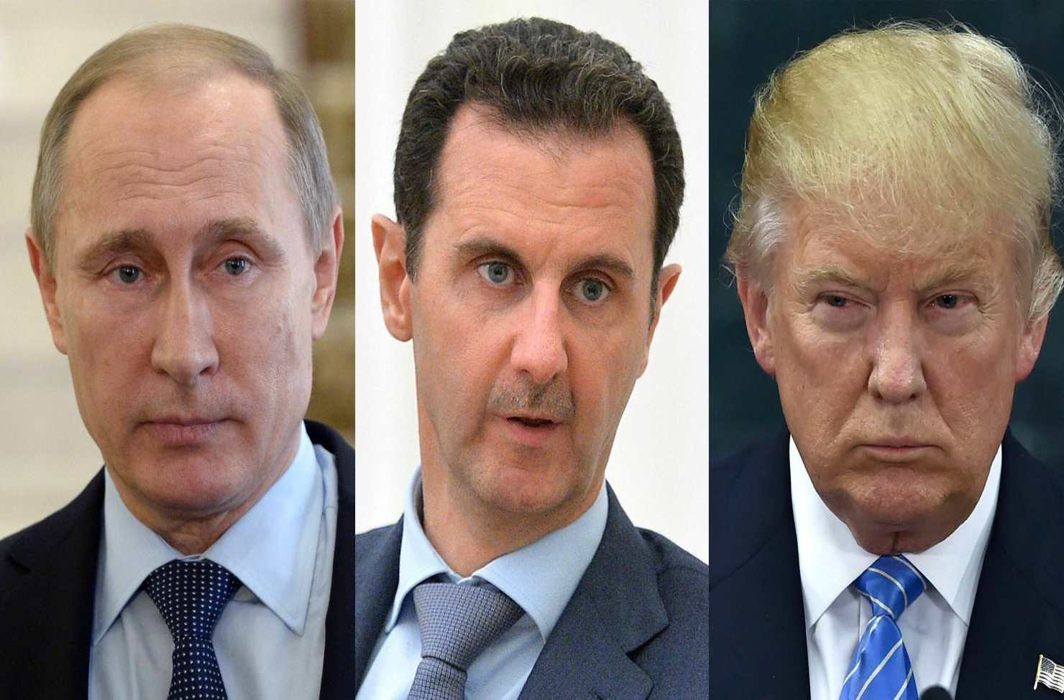 US envoy at UN: Washington was ready to “respond” to the attack regardless of whether the Security Council acted or not

An escalating war of words has broken out between Moscow and Washington over a suspected chemical attack at Douma in Eastern Ghouta. Russia has on Tuesday asserted that it will take all political, diplomatic and military retaliatory measures if necessary should the United States deliver a strike on Syria.

According to Russian official news agency TASS, Vladimir Shamanov, the Chairman of Russian State Duma Defense Committee and former Commander-in-Chief of the Russian Airborne Troops has said, “The politics of double standards have hit rock bottom. And here the United Russia party conscientiously states that all political, diplomatic and military measures if necessary will be taken. No illegal action will remain unanswered.”  He was addressing a plenary meeting of State Duma (the parliament).

The senior MP was indignant over US President Donald Trump’s statement about Washington’s response within 48 hours, saying: “They should not pin their hopes on their naval task forces and their deceptions. We are a sovereign country and we have allies and guarantors for those events taking place in Syria. We won’t let the Americans hammer nails on someone else’s anvil.”Meanwhile Dimitry Peskov, the Russian Presidential Spokesman told reporters on Tuesday that Moscow will not give in to the Western countries pressure and change its policies.

Russia does nothing under pressure. Russia always acts in line with its interests,” he said, adding that President Vladimir Putin had pointed it out many times.

Earlier on Monday, escalation in war of words had broken out between Moscow and Washington at UNSC emergency session over a suspected chemical attack in Douma.

The US, Britain, France and six other countries requested Monday’s emergency session after rescue teams and medics said a “poisonous chlorine gas attack” in Douma on Saturday killed dozens of people, including many children and women.

The Syrian government of President Bashar al-Assad and its ally Russia have called the allegations “fabrications”.

Nikki Haley, the US ambassador to the UN, told the member states that Washington was ready to “respond” to the attack regardless of whether the Security Council acted or not.  “We have reached the moment when the world must see justice done,” she was quoted saying.

“History will record this as the moment when the Security Council either discharged its duty or demonstrated its utter and complete failure to protect the people of Syria,” she added. “Either way, the United States will respond.”

Earlier, Vassily Nebenzia, Russian Ambassador at UN had called the chemical attack allegations “fake news” and said Russia was ready to fly weapons’ inspectors to the site to see for themselves.

Warning that any military action against Syria’s government could have “grave repercussions”, the Russian ambassador also accused US, France and Britain of “hawkish rhetoric” and “boorishness against my country”, adding that their lack of a clear strategy for Syria was “appalling”.

Meanwhile, Staffan de Mistura, the UN envoy to Syria, issued an urgent call for unity and action at the emergency meeting.  “I urge the Security Council, in accordance with its own mandate, to maintain international peace and security and uphold international law to, for God’s sake, ensure a mechanism is found to investigate this allegation and attribute responsibilities.”

In a related development, Reuters, quoting US government sources, has reported that an initial assessment has not determined whether a reported chemical attack in Douma was carried out by Syrian government forces.

The assessment also suggested that a nerve agent was used in the suspected poison attack, but further evidence was needed to determine the type of agent.