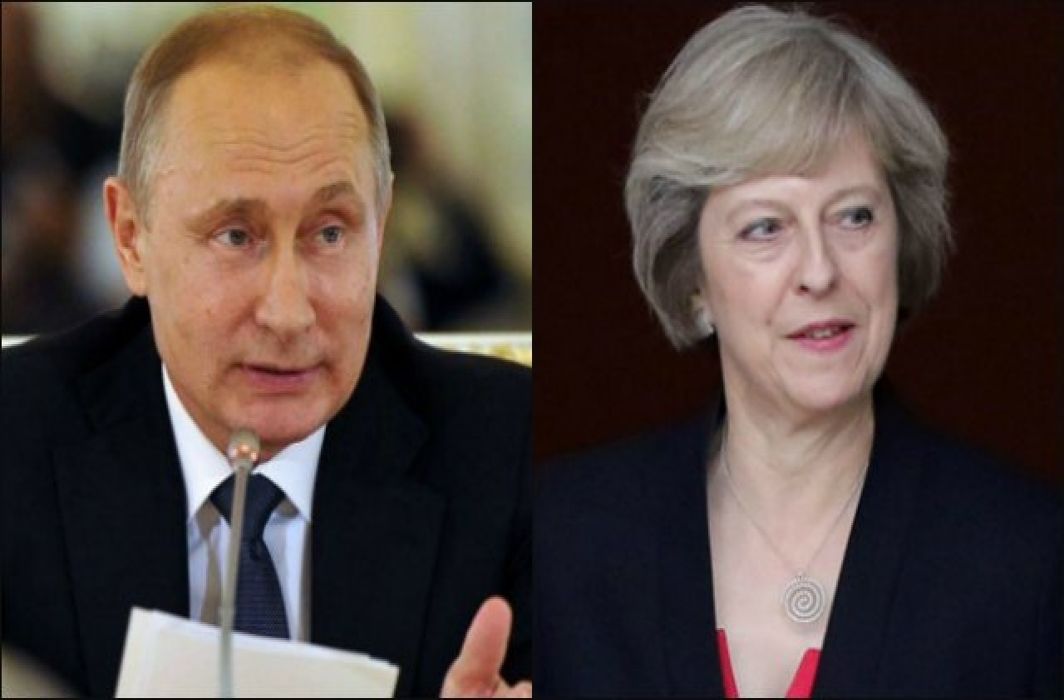 In a tit-for-tat retaliatory action, Russia has declared 23-British diplomats as personae-non-gratae and ordered their expulsion within a week. However, British PM Theresa May says it “doesn’t change the facts of the matter” of the poisoning.

Moscow’s retaliatory action came after Britain expelled similar number of Russian diplomats for their alleged role in espionage operations on British soil in the aftermath of poisoning of former Colonel Sergey Skripal of Russia’s Main Intelligence Directorate who was convicted for spying for UK, and his daughter Yulia were exposed to a nerve agent. Both the victims were found unconscious on a bench near a shopping center in Salisbury.

Russian official news agency TASS quoted a statement, issued on Saturday, by foreign ministry in Moscow saying, “On March 17, British Ambassador to Moscow Laurie Bristow was summoned to the Russian Foreign Ministry where he was handed a note saying that in response to provocative actions of the British side and evidence-free accusations against the Russian Federation over the incident in the city of Salisbury on March 4 this year, the Russian side has taken the following retaliatory measures.”

It further said, “Twenty-three diplomats of the British Embassy in Moscow have been declared personae non gratae and will be expelled within a week’s time.”

Moreover, Russia has also withdrawn permission to open the British Consulate General in St. Petersburg. This was decided due to “disparity in the number of consulates of the two countries,” the statement said.  Related procedures will be carried out in accordance with international law.

Due to the unregulated status of the British Council in the Russian Federation, the statement said its “activities are terminated.”

The mood in Moscow seemed tough as indicated in the official statement. It further states, “The British side has been warned that if more unfriendly actions against Russia follow, the Russian side reserves the right of taking other retaliation measures.”

The diplomatic row between Russia and Britain was triggered on March 4, when former Colonel Sergey Skripal of Russia’s Main Intelligence Directorate convicted for spying for the United Kingdom, and his daughter Yulia were exposed to a nerve agent. They were found unconscious on a bench near a shopping center in Salisbury.

Following the incident, Britain sent a communication to Moscow to clarify as to how Novichok nerve agent, developed by Russia has landed in UK. Having no response from Moscow, UK government decided to expel 23 Russian diplomats, the largest number of expulsion in over 30 years.

On March 12, British Prime Minister Theresa May said it was highly likely that Russia was responsible for the attack on Skripal and his daughter. PM accused Russia of “an unlawful use of force” against her country. Later she announced that London would expel 23 Russian diplomats and take other measures against Moscow.

After Russia ordered expulsion of 23 British diplomats, British PM Theresa May said on Saturday that Russia’s dismissal of the British representatives “doesn’t change the facts of the matter” of the poisoning.

While speaking at Conservative Party’s spring forum in London she said, “Russia’s response doesn’t change the facts of the matter – the attempted assassination of two people on British soil, for which there is no alternative conclusion other than that the Russian State was culpable.”

Earlier on Thursday, The British Foreign Minister Boris Johnson, while speaking to BBC,  said that his government would submit a sample of the Novichok nerve agent used in the poisoning of the former double agent Skripal and his daughter to the Organisation for the Prohibition of Chemical Weapons (OPCW), a UN body.

US government had supported British decision of expulsion of 23 Russian diplomats. Nikki Haley, the US ambassador to UN said at Security Council emergency meeting that Trump administration “stands in absolute solidarity with Great Britain”. She said that Washington shared UK’s assessment that Russian state was behind the poisoning and demanded a firm international response.